STONE SOUR's new album, "Hydrograd", rocketed on to the charts, debuting at No. 1 on three Billboard lists: Top Current Albums, Top Rock Albums and Top Hard Rock Albums. "Hydrograd" also debuted at No. 8 on the Billboard 200, marking the band’s fifth consecutive Top 10 debut on that chart. Furthermore, "Hydrograd" debuted at No. 5 in the U.K. (the band's highest debut ever in that country), No. 2 in Australia (highest debut ever), and was Top 5 in Germany, Japan and Switzerland.

"Hydrograd"'s lead single, "Song #3", spent a fourth straight week at No. 1 at Active Rock Radio, marking the Grammy-nominated band's fourth No. 1 single and eighth Top 5 single at the format. "Song #3"'s Ryan Valdez-directed video has received over three million views on the band’s official YouTube channel while garnering 4.7 million streams on Spotify, including placement on Rock This and Rock Hard playlists.

STONE SOUR is currently on an epic summer trek alongside fellow Roadrunner recording group KORN. Dubbed "The Serenity Of Summer Tour", the trek is set to continue through early August. 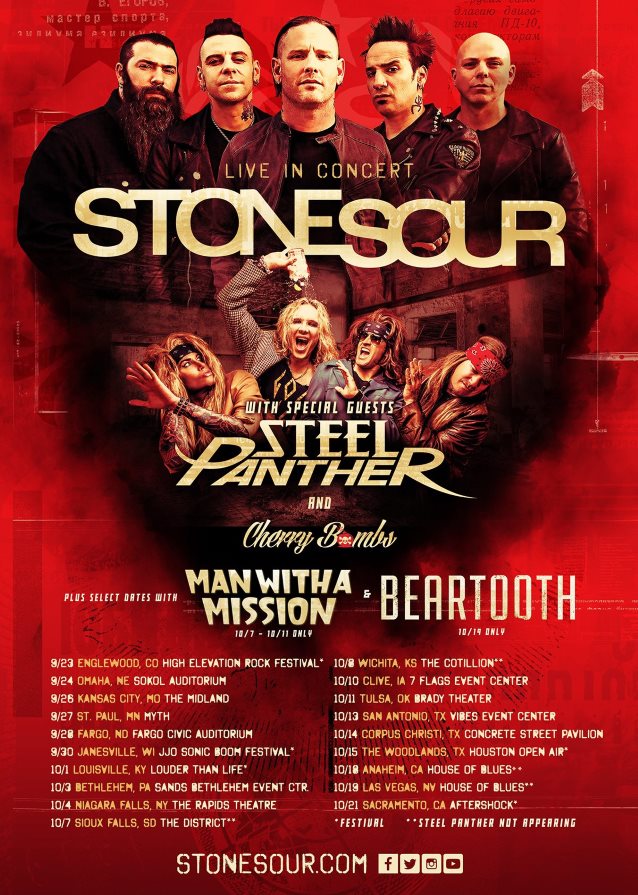