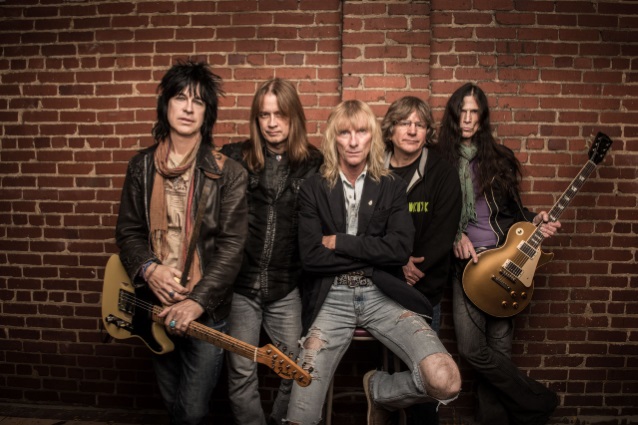 "President Brad" of Yarg Metal conducted an interview with frontman Steve Whiteman of Maryland rockers KIX prior to their June 22 concert at Club X in Salt Lake City, Utah. You can listen to the entire chat below. A few excerpts follow (transcribed by BLABBERMOUTH.NET).

Steve: "Everybody's kept together really well. Everybody has worked hard at staying in shape and keeping their looks and keeping their wits about them. The way that we started the band with the integrity and the ambition and the drive and the focus, it's never left. Even when we had an eight-year hiatus and we came back, we just sort of picked it up right where it left off and everybody digs in before very show. We take every show very serious and everybody prepares and we hit the stage and we're a machine."

On playing their "Blow My Fuse" album in full:

Steve: "It's something we're going to be doing throughout the whole year. It's the 30th anniversary of that record coming out and it was obviously the biggest album of our career. We think it's pretty appropriate to talk about the album and we're actually going to re-release it. We're going to call it 'Blow My Fuse Reblown'. [Editor's note: It's actually called 'Fuse 30 Reblown'.] It's going to come out on the same date that the original album came out, September 23, I believe. [Editor's note: It's September 21.] It's also going to be totally remixed by Beau Hill, who produced the 'Midnight Dynamite' album for us. And, we have the original demos we made before we made the album, so people can hear the demos and what the demos sounded like and how it turned into the album. So, it's kind of cool."

On the songs from "Blow My Fuse" that have never been played live:

Steve: "'Piece Of The Pie', we've never played that song. The other ones we've played, but not for very long because they're hard. They're hard, not for me — it's for the guitar players. 'Dirty Boys' is a hard song to play. They are high, but, like I said, I held onto my voice.

Steve: "The whole thing started, we were on Frontiers Records. We gave them this live video that these two guys shot in Baltimore. They just came and asked, 'Can we shoot a show?' They shot a couple of shows and they start sending the footage of this video they shot and it was so damn good and we thought, 'We got to get this out to people.' So, we hooked up with Frontiers Records and Frontiers said, 'We will put this out if you give us a new studio album.' That's what got the whole thing churning. We thought, 'What's the point these days? All the fans want to hear all the old stuff anyway.' It took time little by little. Brian [Forsythe, guitar] contacted Taylor Rhodes who was with Donnie [Purnell, bass] during the writing days and co-produced a couple of KIX albums. When he said he'd get involved, we started sending him demos of music we had writing that was laying around, then he got excited about it. He came up to Maryland and we did a pre-production with him and that really go the ball rolling and all the music started flowing. It turned out really, really good."

On working with Loud And Proud Records:

Steve: "When it came time to put the record out, we weren't really happy with the way things were going. When we were able to deal with Tom Lipsky, he took KIX on this previous label, CMC [International], they did 'Show Business'. To get the opportunity to work with Tom again, we wanted to hop on that again. We got out of the Frontiers deal and we made the record for Loud And Proud. They were great. They were really, really good in helping us and getting it out and getting the word out. These days, it's hard. Nobody plays new music. People hear about it on the Internet and live shows."

"Fuse 30 Reblown" will arrive exactly 30 years after "Blow My Fuse"'s original September 19, 1988 release date. KIX announced the release from the stage of the M3 Rock Festival where the band performed "Blow My Fuse" in its entirety to the band's hometown crowd. 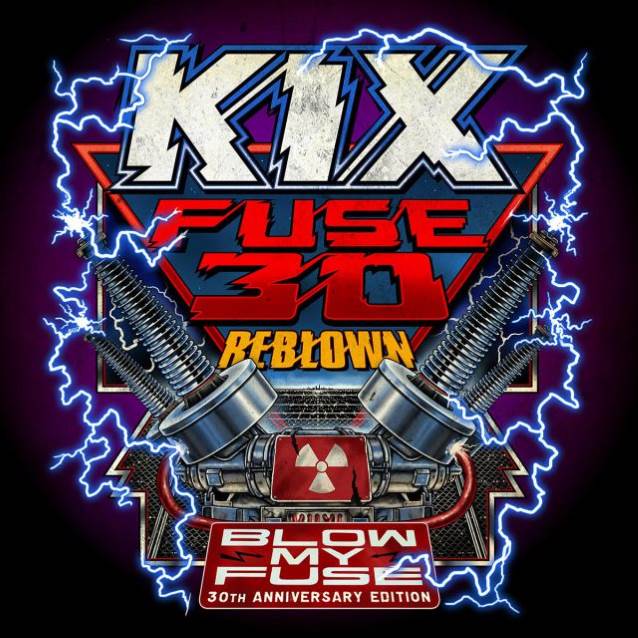