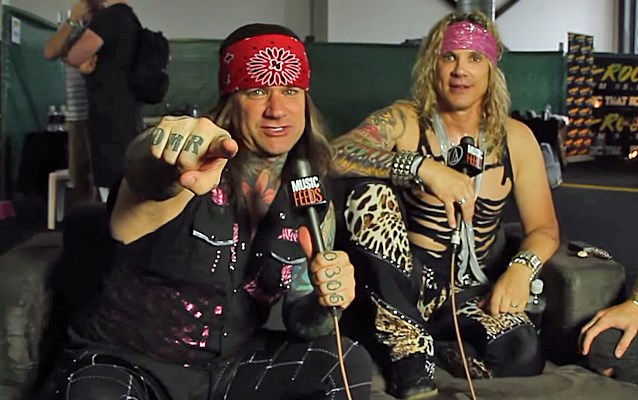 Music Feeds conducted an interview with drummer Stix Zadinia and vocalist Michael Starr of Los Angeles glam-metal jokesters STEEL PANTHER during this year's Soundwave festival in Australia. You can now watch the chat below.

STEEL PANTHER in December released its first-ever original Christmas track, "The Stocking Song". Featuring STEEL PANTHER's signature hooks and naughty take on the holiday season, it is available for purchase on iTunes and on Amazon.

STEEL PANTHER's third album, "All You Can Eat", sold around 13,000 copies in the United States in its first week of release to land at position No. 24 on The Billboard 200 chart. The CD arrived in stores on April 1, 2014 via Open E/KLS.