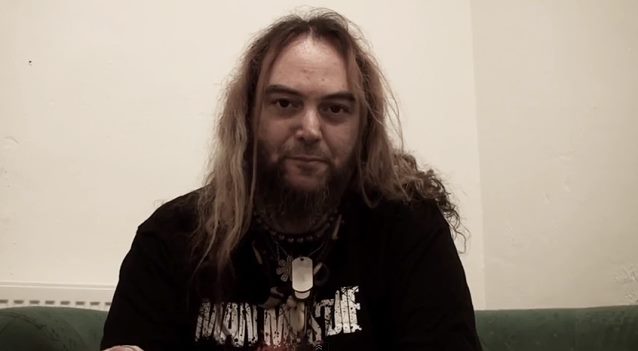 The first in a two-part series of video clips featuring a track-by-track breakdown of SOULFLY's ninth album, "Savages", by the band's mainman, Max Cavalera, can be seen below.

"Savages" is scheduled for release on October 1 via SOULFLY's new label home, Nuclear Blast Entertainment. The CD was produced by Terry Date, who is known for his work with such acts as PANTERA, DEFTONES and SOUNDGARDEN, among many others. Guest vocal appearances on "Savages" include SOULFLY bass player Tony Campos, CLUTCH's Neil Fallon, NAPALM DEATH's Mitch Harris, Jamie Hanks of I DECLARE WAR and Max Cavalera's son Igor Cavalera (of LODY KONG).

"Savages" will be released as a limited-edition digpack CD, 2LP vinyl and digital download.

The cover artwork for "Savages" was created by renowned artist Paul Stottler, who is best known for his work on SACRED REICH's legendary "Surf Nicaragua" cover.

The drum tracks on the new SOULFLY CD were laid down by Max's 21-year-old son, Zyon Cavalera, who joined the band as its touring drummer for its recent rampage through North America.

Zyon previously played with SOULFLY during the band's tour of Brazil in February 2012.

It is Zyon's unborn heartbeat that can be heard during the intro of SEPULTURA's classic song "Refuse/Resist", which appeared on the band's RIAA-gold-certified "Chaos A.D." album, released three years before Max's departure from the group. 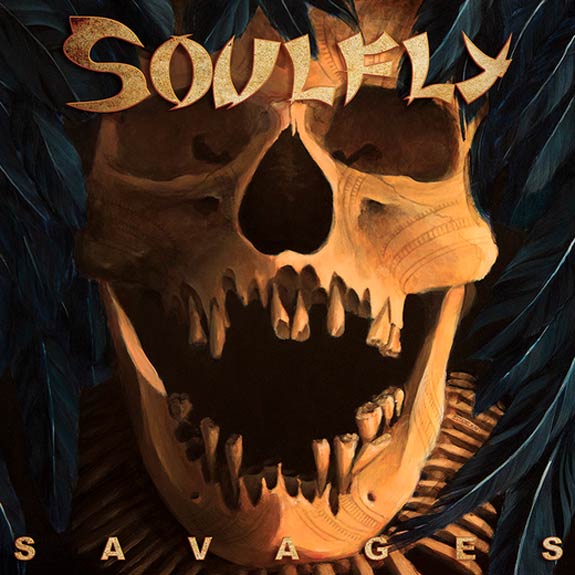