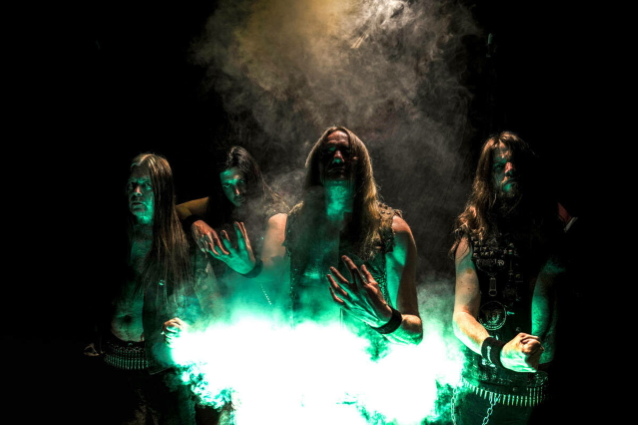 SODOM bassist/vocalist Thomas "Angelripper" Such says about the re-recording of "Bombenhagel": "I wanted a recording of our old classic by the new lineup. Of course that was really special with a drummer such as Toni and two stringsmen. This new arrangement of our anthem definitely holds a few surprises in store."

"Harris practically insisted on contributing a special kind of solo, in line with his outstanding skill," Angelripper says. "Naturally, that's been a real pleasure for us because we're all aware of what he's done for us. Without Harris, SODOM wouldn't be where we are today."

The official lyric video for the new version of "Bombenhagel" can be seen below.

SODOM's latest studio LP, "Genesis XIX", came out last November via Entertainment One (eOne) in North America and Steamhammer/SPV in Europe. The disc was recorded by Siggi Bemm and mastered by Patrick W. Engel and comes shrouded in the cover art of Joe Petagno of MOTÖRHEAD fame.

Angelripper described "Genesis XIX" as "one of the toughest and most diverse studio recordings that SODOM have ever released." He is joined in the band's current lineup by guitarists Frank Blackfire and Yorck Segatz as well as new addition, drummer Toni Merkel.

"Our riff suppliers, Yorck and Frank, are totally different types of musicians," Angelripper said. "Yorck is a died-in-the-wool metalhead who grew up with thrash music. Frank, on the other hand, also integrates blues and rock elements into his style, including the occasional Frank Marino or Rory Gallagher quotation, and writes songs that could have featured in the same or a similar way on 'Agent Orange'. These are the diverse influences that make 'Genesis XIX' what it is." 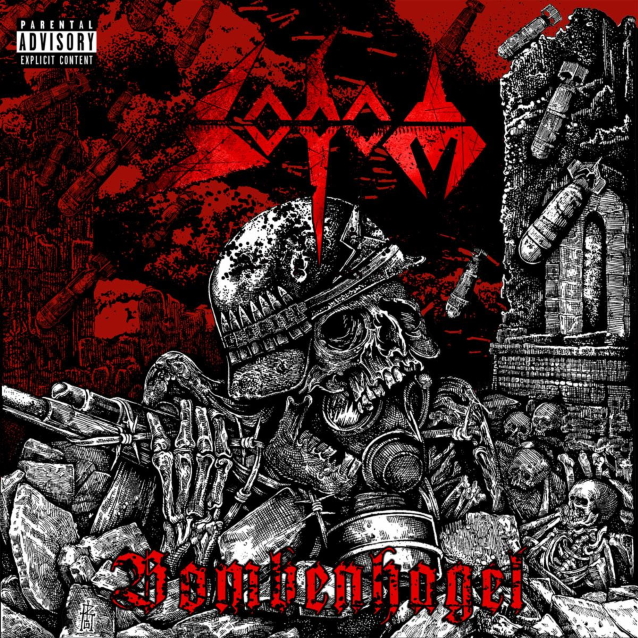