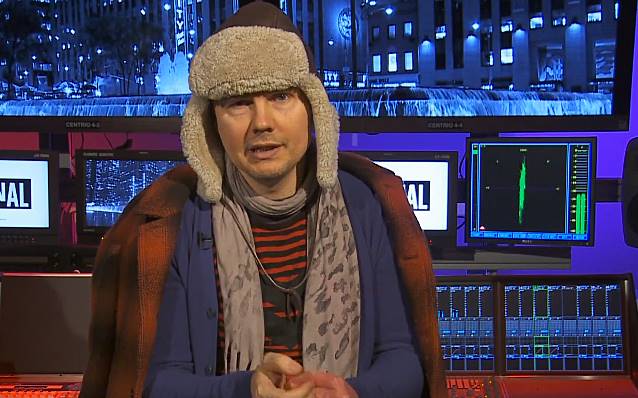 According to The Pulse Of Radio, SMASHING PUMPKINS frontman Billy Corgan has signed a deal with AMC to produce a new reality series about his independent pro-wrestling organization, Resistance Pro. Variety reported about the show, "Billy Corgan pulls back the curtains on the pro-wrestling world as he takes over creative direction for the independent wrestling company Resistance Pro."

Wrestlers who have appeared at Resistance Pro events include Harry Smith, Necro Butcher, Raven, Colt Cabana and The Rock And Roll Express.

Corgan was a longtime wrestling fan and expert before launching the league.

The singer/guitarist spoke in 2012 about launching a series about the league, saying, "We believe that wrestling is fascinating on many, many levels. Socially, politically, even economically. The struggles independent wrestlers go through to try to find work. Those are real struggles that anybody can identify with. We want to show what goes on in a wrestling company behind the scenes."

Meanwhile, Corgan and the SMASHING PUMPKINS will release two new albums next year as part of a new deal with Sony BMG.