SLIPKNOT and STONE SOUR frontman Corey Taylor will play a Shark World hotel security guard in the fourth installment in Syfy's cult "Sharknado" franchise, which will air Sunday, July 31 at 8 p.m. on the cable network.

In "Sharknado: The 4th Awakens", Ian Ziering will reprise his role as shark-fighting hero Fin Shepard, while Tara Reid is set to return as April Wexler. The fourth addition to the hit global franchise also sees the return of David Hasselhoff as Gil Shepard and Ryan Newman as Claudia Shepard.

"Sharknado: The 4th Awakens" will take place five years after the East Coast was ravaged in "Sharknado 3: Oh Hell No!" Fin, his family and the cosmos have been blissfully sharknado-free in the intervening years, but now sharks — and 'nados! - are being whipped up in places (and ways) least expected... 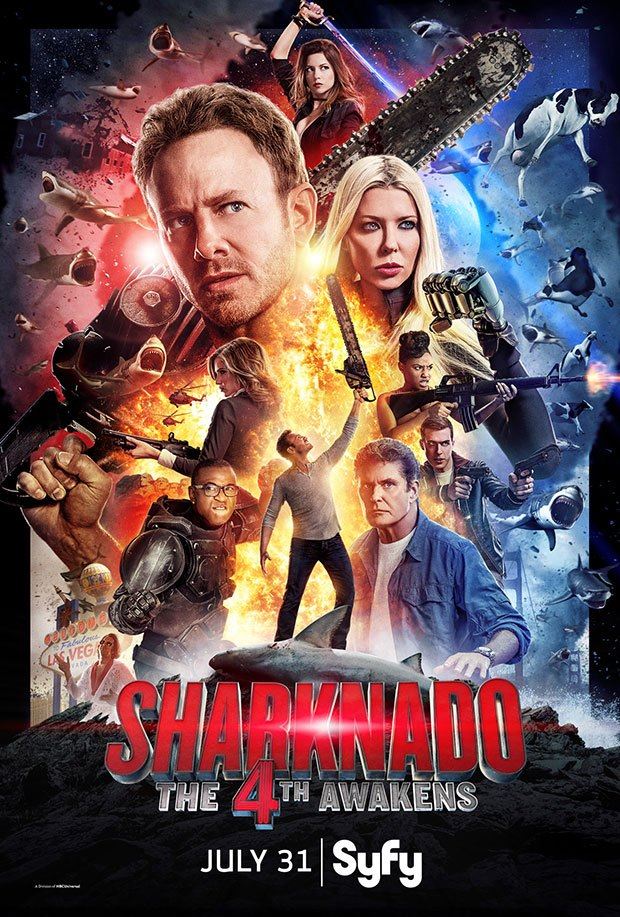