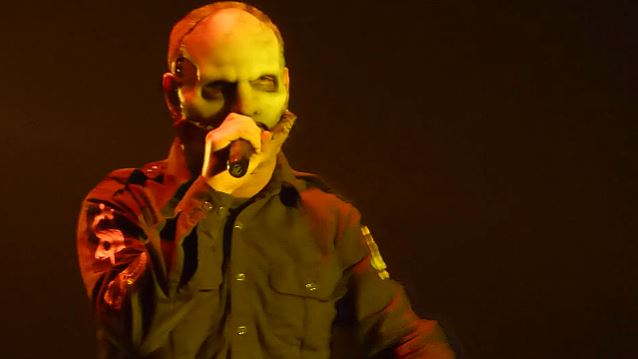 High-definition fan-filmed video footage of SLIPKNOT's February 2 performance at Rockhal in Luxembourg can be seen below.

SLIPKNOT has unveiled the details of a massive summer headlining tour dubbed "Summer's Last Stand". The trek kicks off on July 24 in West Palm Beach, Florida, wrapping up six weeks later on September 5 in Dallas, Texas. Joining SLIPKNOT on the road trip will be LAMB OF GOD, BULLET FOR MY VALENTINE and MOTIONLESS IN WHITE.

The summer jaunt follows a brief spring run that SLIPKNOT will launch on April 25 at the Fort Rock festival in Fort Myers, Florida, ending on May 16 in Grand Rapids, Michigan.

SLIPKNOT's 2014 album, ".5: The Gray Chapter", sold around 132,000 copies in the United States in its first week of release to land at position No. 1 on The Billboard 200 chart. The CD arrived in stores on October 21 via Roadrunner. 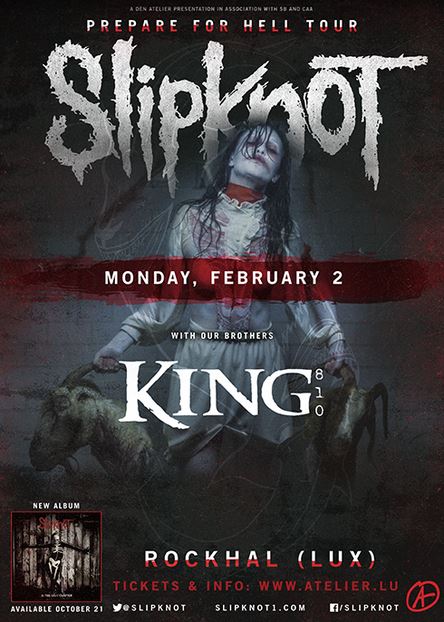