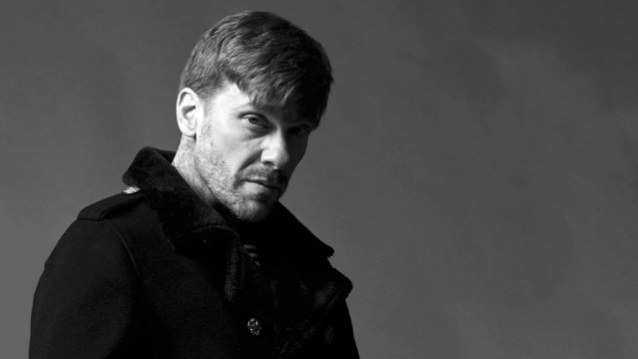 With SHINEDOWN's sixth studio album, "Attention Attention", just released on Friday (May 4), frontman Brent Smith discussed 10 albums that changed his life in a new interview with Classic Rock. Although it didn't make the list, the first LP Smith ever bought was MÖTLEY CRÜE's 1987 album "Girls, Girls Girls", about which Smith said: "It was the first time I felt like I was doing something dangerous. It was a cassette, I was very young — maybe 10, and I hid it from my parents... I had a Walkman tucked away in a closet in my room, and I'd listen to it at night after my parents went to bed." Leading the actual list was SOUNDGARDEN's "Superunknown", about which Smith said: "It's just one of those records. It was an extension of the learning experience I went through in finding my own voice, from the gravel to the high register… When you go into that album, it's just brilliant. The music's great, the performances are incendiary, but it was the vocals, man. It was effortless."

Smith told The Pulse Of Radio a while back who his biggest single vocal influence was. "Probably the biggest influence was when my father came to me when I was about 14 years old and he said if you wanted to listen, if I wanted to listen to music, that I should listen to this. And he gave me an Otis Redding greatest-hits cassette. And I put it in, and I was pretty much changed from that day forward, after I heard that man sing."

The follow-up to 2015's "Threat To Survival", "Attention Attention" marks SHINEDOWN's first full-length effort to be produced entirely by bassist Eric Bass. The 14-track album, SHINEDOWN's most raw and personal to date, is a mental, emotional and physical journey that follows an individual from life's lowest lows to the highest highs as anxieties dissipate and demons disappear.