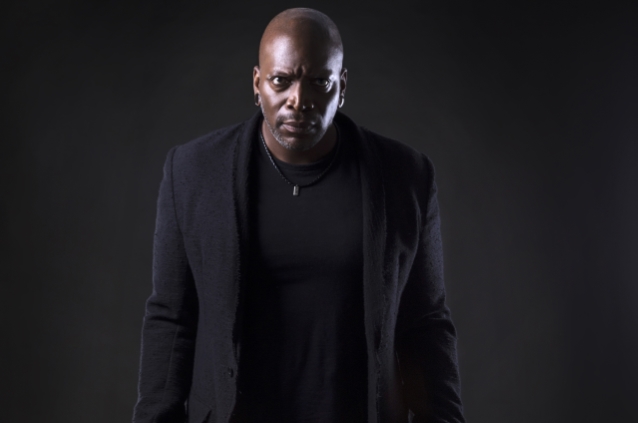 In an interview with Brazil's Kazagastão, SEPULTURA frontman Derrick Green spoke about his recent decision to move to Los Angeles.

"I'd never lived on the West Coast," he said (see video below). "Before I joined the band, I was living in New York City. It's been 20 years I haven't lived in the U.S. So it's incredible to go back, to be around family and friends and be close to them."

Asked what it's been like to once again call the U.S. home, Green said: "It's kind of a shock, because so much has happened within the U.S. It's been changing radically. I mean, 20 years ago, I would never think about living in L.A., but the city, I believe, has gotten better. It's moving in a very positive direction. There's a lot of creative people that are living there, so it's a place that's really great to come into and adapt to a different life or a different mood."

Derrick previously told the Cleveland Metal Music Examiner that he was "blown away" by São Paulo the first time he went there. He called his move to the city "a big change, bigger than I imagined. A different culture, a different language. It was very intense."

Besides the culture and language barriers, Derrick said "the big problem at first was I never imagined being a celebrity in the country. Going to the supermarket or anywhere else was a little nerve-racking," he explained. "Taking photos and doing autographs was something -that I had to do and still do every day that I am in Brazil. I wasn't used to any of this and I was very shy at first. It made me want to understand the language even more so I could communicate with the people. Most of the time people would try speaking to me in English because they knew I was from America. In the end, people have been very open and kind with me."