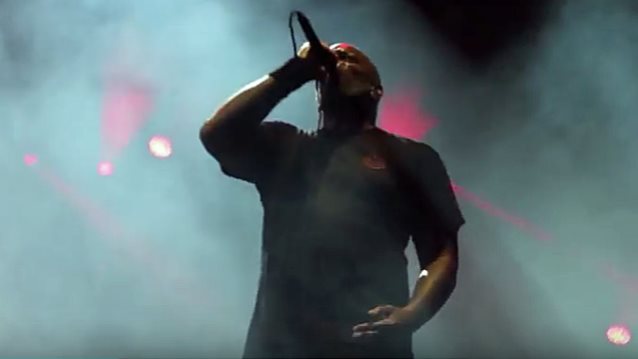 Brazilian/American metallers SEPULTURA played a new song called "I Am The Enemy" during their July 2 appearance at the Rock Al Parque festival at Parque Simón Bolívar in Bogota, Colombia. Professionally filmed video footage of the performance can be seen below.

"I Am The Enemy" will be featured on SEPULTURA's new album, due in October via Nuclear Blast Records. The the follow-up to 2013's "The Mediator Between Head And Hands Must Be The Heart" was recorded at at Fascination Street Studios in Örebro, Sweden with Swedish producer Jens Bogren, who has previously worked with OPETH, KREATOR, PARADISE LOST, SOILWORK and AMON AMARTH, among others.

Regarding how SEPULTURA ended up working with Jens Bogren on the new CD, guitarist Andreas Kisser told SVT.se: "We did like a small research on different producers that we didn't work [with] before; we wanted to work with somebody new. And the Swedish music and scene and the bands like MESHUGGAH, OPETH and many others inspired us to come here and to work with him. He also worked with KREATOR, a band from Germany, and ANGRA, another band from Brazil, friends of ours, and I was really impressed with the way he worked [with] both bands."

According to SEPULTURA singer Derrick Green, the band's next record will see him and his bandmates continuing to take their sound in new, previously unexplored directions, something that has become somewhat of a SEPULTURA trademark.

"This album, it's exciting, because I think a lot of fans don't have any idea what to expect, but they know that a SEPULTURA album is always different from the last," Derrick said. "I think that makes us better musicians, and I think that's what our fans expect."

"The Mediator Between The Head And Hands Must Be The Heart" was tracked at producer Ross Robinson's (KORN, LIMP BIZKIT, SLIPKNOT) studio in Venice, California and was mixed and mastered by co-producer Steve Evetts, who previously worked with SEPULTURA on the "Nation" (2001), "Revolusongs" (2002) and "Roorback" (2003) albums, in addition to having collaborated with Ross on a number of other projects in the past. 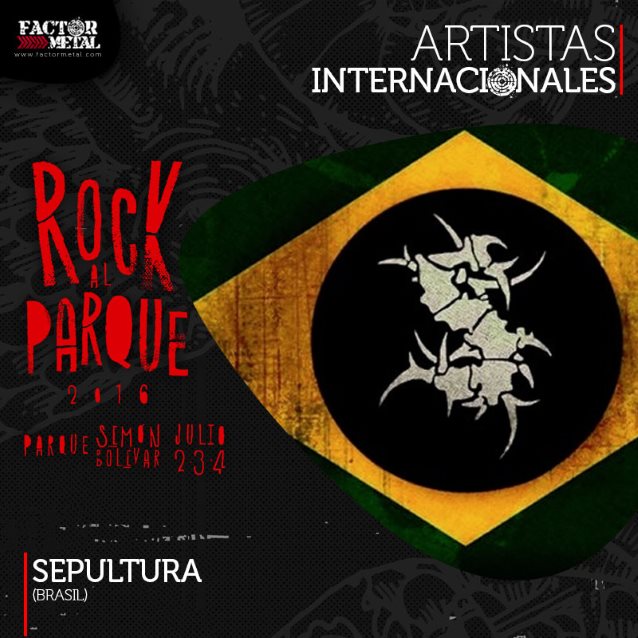