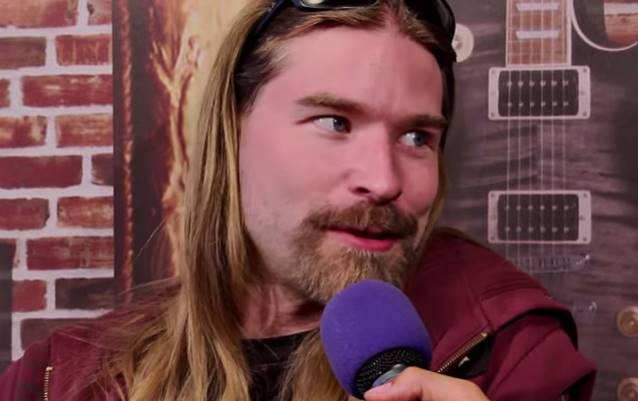 Bassist Pär Sundström of Swedish metallers SABATON was interviewed at this year's edition of the Graspop Metal Meeting, which was held June 27-29 in Dessel, Belgium. You can now watch the chat below.

SABATON's new album, "Heroes", sold around 3,100 copies in the United States in its first week of release to debut at position No. 99 on The Billboard 200 chart.

Released on May 16 via Nuclear Blast Records, the "Heroes" cover artwork was created by Péter Sallai. A number of bonus tracks were made available, including cover versions of songs originally written and recorded by METALLICA, BATTLE BEAST and RAUBTIER.

In a recent interview with The Metalithic, SABATON vocalist Joakim Brodén stated about the songwriting process for "Heroes": "As I was writing the album, I was suffering from extreme performance anxiety since this is the first album with the new lineup, and if I had fucked up and written a bad album, everybody would have blamed the new boys."