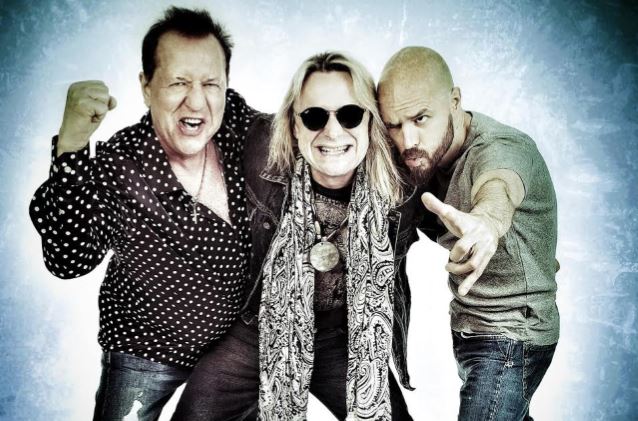 ROCK WOLVES, the new all-star trio featuring Herman Rarebell, Michael Voss and Stephan "Gudze" Hinz, will release its self-titled debut album, on October 28 via Steamhammer/SPV in all territories except Japan. The video for the band's first single, "Rock For The Nations", was shot near Hanover in mid-June and can now be seen below. Rarebell describes ROCK WOLVES' material as "classic rock music, powerful but not too heavy."

This diversity of ideas and the band’s almost boundless musical enthusiasm is reflected in every one of the eleven songs on their debut release. Straight rock numbers like the first single, "Rock For The Nations", the shuffle groove-driven "Surrounded By Fools", the fast-paced "Out Of Time", and "The Lion Is Loose" with its haunting live qualities, but also "I Need Your Love", which brings to mind the likes of AC/DC and BAD COMPANY, are thoroughbred rock tracks that go directly to the listener's gut and legs, as well as — like all ambitioned rock music should — touching on painful subjects.

"Instead of delivering tanks and arms all over the world, Germany should concentrate on exporting good rock music," Rarebell explains the message of "Rock For The Nations". The lyrics on "Surrounded By Fools" with their warning of unscrupulous politicians are no less critical. Rarebell says: "Let's not be dazzled by their colorful election campaigns. Those politicians can easily end up bringing war to their countries."

Naturally, no diverse rock album would be complete without two or three more quiet numbers with less controversial subjects. In "Nothing's Gonna Bring Me Down", ROCK WOLVES have succeeded in recording a strikingly contemporary ballad which could have been penned in the same or a similar manner by Lenny Kravitz. Talking of which: the original version of the deeply melodic "What About Love" was written by Jim Vallance, but celebrated its greatest success in 1985 with HEART, who topped the Billboard chart for an impressive 18 weeks with the song.

"Our new version has been given the blessing by Jim Vallance himself. His only comment was: 'Your version is even better than my original, so go for it,'" remembers Rarebell.

As the former SCORPIONS drummer, Rarebell was instrumental in recording classics such as "Lovedrive", "Blackout" and "Crazy World" between 1977 and 1996, and looks back at a successful stint as the manager of his own recording company Monaco Records. At the moment, he is a member of guitar legend Michael Schenker's group TEMPLE OF ROCK, where Rarebell met Voss. Since the 1980s, Voss has caused a stir with acts such as MAD MAX and CASANOVA, has worked with Michael Schenker and is also involved in TEMPLE OF ROCK as a vocalist, songwriter and producer. The third ROCK WOLVES member is Hinz, founder member and bassist of H-BLOCKX and hence a representative of the 1990s rock generation. So here we have three illustrious names, three decades, and three artistic careers with similar but by no means congruent influences.

The material of the upcoming ROCK WOLVES album was produced by Voss at Münster's Kidroom Studio and at the Principal Studios in Senden. 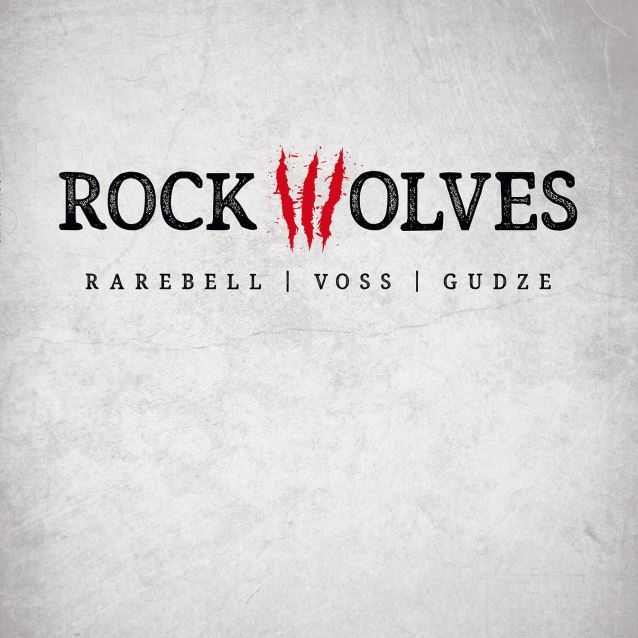