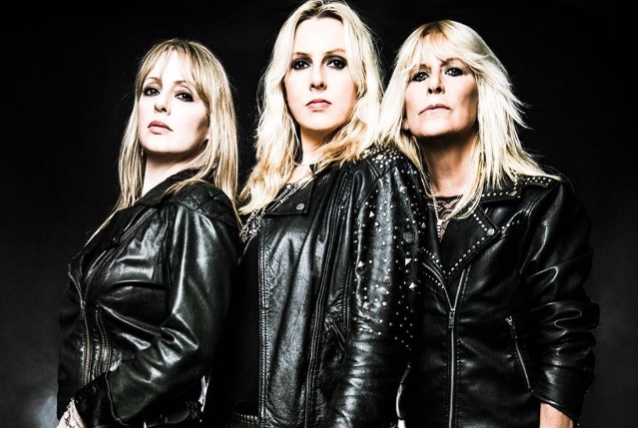 Due to "illness, manufacturing and scheduling factors," the release date of ROCK GODDESS's comeback album, "This Time", has been pushed back to February 22, 2019 from the previously announced October 5, 2018. The effort, which will be made available via the band's own label, Bite You To Death Records, in conjunction with partners worldwide and digitally via Cargo Records, was recorded earlier this year at a London studio with producer Wes Maebe (UB40, Robert Plant, NEW MODEL ARMY, PRAYING MANTIS).

ROCK GODDESS guitarist/vocalist Jody Turner said: "Really sorry we have had to push back on release. But I got ill with a terrible cold and lost my voice, so had to delay finishing my vocals. Meanwhile, our producer had other commitments so rescheduling was delayed. This is life, I guess!! Pesky bugs!! But I'm scheduled back in the studio in a couple of weeks to finish everything off. Then it's on to rehearsals with our new bass player."

The "This Time" cover artwork can be seen below. The album can be exclusively pre-ordered now on Pledge Music.

ROCK GODDESS recently parted ways with bassist Tracey Lamb. The band announced her departure after saying that she would be "unable to perform" with the group at Denmark's Metal Magic festival due to "unforeseen personal circumstances." A replacement bassist has already been found but has not yet been announced.

ROCK GODDESS's last release was a three-song EP, "It's More Than Rock And Roll", which arrived in May 2017.

The official video for the "It's More Than Rock And Roll" title track can be seen below.

ROCK GODDESS was formed in 1977 in Wandsworth South London by Jody Turner (guitar and vocals) and Julie Turner (drums) when they were thirteen and nine years old, respectively. They recruited school friend Tracey Lamb on bass guitar.

ROCK GODDESS first rose to the nation's awareness when they were first featured in Kerrang! No. 5 in 1981 in the "Armed And Ready" section as one of the bands to watch out for. After recording a four-track demo tape and an appearance at the Reading Festival in 1982, sharing a bill with IRON MAIDEN, plus regular shows at the Marquee club, the band landed a contract with the A&M label. They recorded their eponymous debut album with producer Vic Maile in 1983 and hit the lower end of the charts. A follow-up album, "Hell Hath No Fury", arrived a year later, by which time Lamb had left the band to form SHE and later to join GIRLSCHOOL.

After their contract with A&M expired in 1987, ROCK GODDESS' already recorded (in 1985) third album, titled "Young And Free", was released only in France. The effort saw the band taking on a more commercial sound.

ROCK GODDESS' career was cut short by financial and contractual problems, which forced them to disband shortly thereafter.

ROCK GODDESS did briefly reform in 2009 and was due to play Hard Rock Hell festival in Prestatyn, and was also booked to perform at the Headbangers Open Air festival in Germany the following summer, but split before they had a chance to appear at either event.

In March 2013, it was announced that the original ROCK GODDESS lineup had reunited and would start recording a new album. 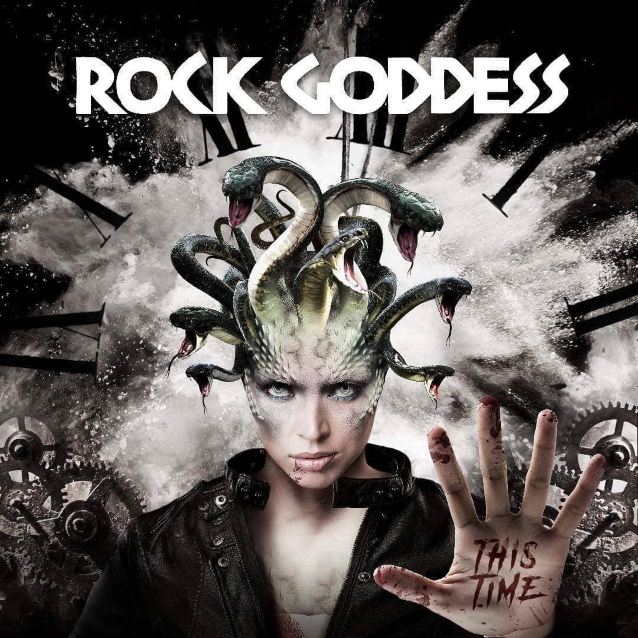