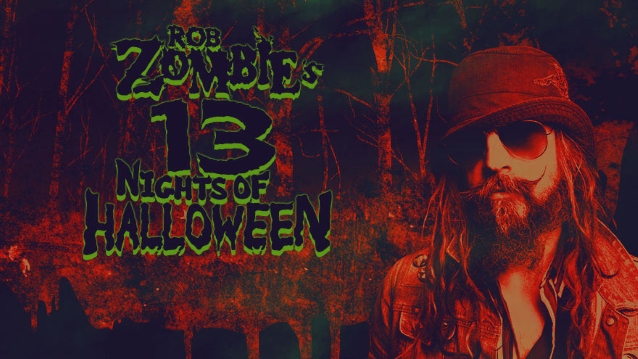 They said it could never happen again… but "Rob Zombie's 13 Nights Of Halloween" is back — rising from the grave to terrorize HDNet Movies with 13 fiendish films hosted by heavy metal and horror icon Rob Zombie. The block puts the sinister spotlight on a different film every evening at 9 p.m. ET /6 p.m. PT, airing in prime time from Friday, October 19 through Wednesday, October 31. Rob Zombie will be on hand himself to introduce each film and provide his unique insight on their impact to the genre.

The lurid lineup is bigger and badder than ever before, kicking off with Rob Zombie's avant-garde occult opus "The Lords Of Salem" on October 19, starring Sheri Moon Zombie, Dee Wallace and Bruce Davison; as well as the influential 1999 found-footage hit "The Blair Witch Project"; the original 1990 afterlife nightmare "Flatliners", starring Kevin Bacon, Julia Roberts and Keifer Sutherland; and genre superstar Bruce Campbell in the beloved cult classics "The Evil Dead" and "Bubba Ho-Tep", among others.

The full schedule of films for "Rob Zombie's 13 Nights of Halloween" is as follows:

Zombie admitted to The Pulse Of Radio a while back that it's been tough for him to break out of the horror genre. "The movies I've made up to this point have been pretty dark and pretty much in that world because those are the opportunities that were presented," he explained. "You know, the people that put up the money for these things know that if I stick to that sort of thing, it's easily more profitable. So it's a much bigger challenge to break out of it."