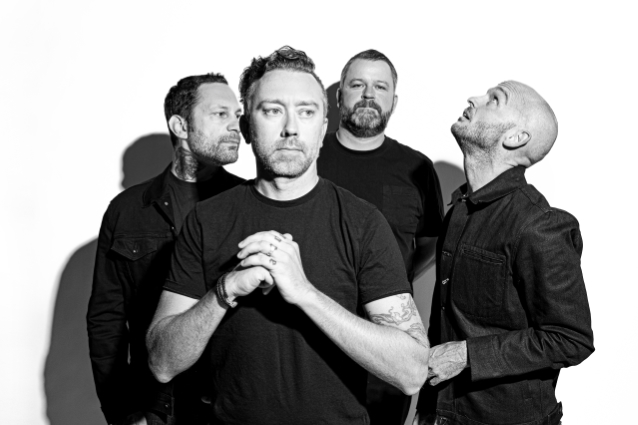 RISE AGAINST will release a new EP, "Nowhere Sessions", a live expansion of its acclaimed latest album, "Nowhere Generation", on November 12 via Loma Vista Recordings. Inspired by the album's success and this summer's triumphant U.S. tour playing various sold-out amphitheatres and major festival stages nationwide, the EP captures and celebrates the anthemic intensity of the band's renowned performances, shown here in peak form. A performance video for first single "Talking To Ourselves (Nowhere Sessions)" , a live version of the band's current radio single and one of three "Nowhere Generation" tracks featured on the EP, can be seen below.

Of the song, singer/guitarist Tim McIlrath says: "'Talking To Ourselves' is about watching yourself and the people around you fall into complacency. Despite your best efforts to get people's attention, it feels like no one is listening. Sometimes we feel the urge to do something crazy, to disturb the peace, to jostle the world around us awake. Our actions might be seen as out of the ordinary, but they are acts of desperation when all else failed."

Other songs on "Nowhere Sessions" include RISE AGAINST's 2009 breakout hit "Savior", which has accumulated nearly one billion streams to date and held its place at No. 1 on Billboard's Alternative Songs chart for a staggering 65 consecutive weeks, as well as fiery covers of MISFITS' "Hybrid Moments" and CREEDENCE CLEARWATER REVIVAL's "Fortunate Son". The EP also features a live version of their soaring, impassioned rock hit "Nowhere Generation" (the original climbed to No. 1 at Rock radio and No. 7 at Alternative radio, where it held in the Top 10 for 10 consecutive weeks).

"Our songs take on so many different patinas when we play them live or strip them down," says McIlrath of the new EP. "In some ways, every time we play it is different. It was fun to document one of those sessions and we're excited to share it with the world."

McIlrath and Zach Blair of RISE AGAINST will next play three intimate U.K. album-release shows in November in support of "Nowhere Generation". The full band will close out 2021 by playing Chicago's Byline Bank Aragon Ballroom on December 10 as part of WKQX's "The Nights We Stole Christmas" festival. A current itinerary is below, including an initial set of 2022 live dates.

On "Nowhere Generation", released in June, the multi-gold and platinum band draws a line in the sand with its blazing and aggressive punk rock and lyrics that shine a spotlight on the social and economical deck that has been stacked against our younger generations' pursuit of The American Dream. The album debuted at the top of multiple Billboard charts with its first-week sales (No. 1 on Rock, No. 3 on Top Current Albums, No. 3 on Vinyl, and the Top 40 of the Top 200), and has been earning the band great press from outlets including Revolver, Consequence, Brooklyn Vegan, Grammy.com, American Songwriter, The Line Of Best Fit, Clash, Kerrang!, and All Music, while June 4 was declared "Rise Against Day" In Chicago, the band's original hometown. 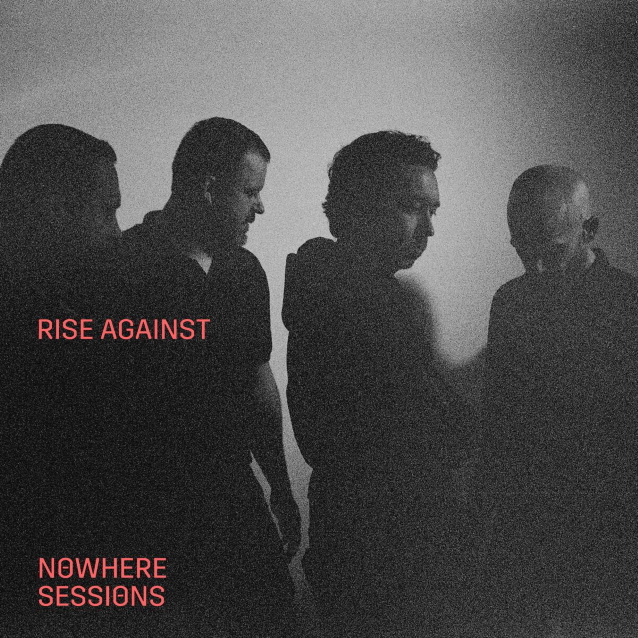