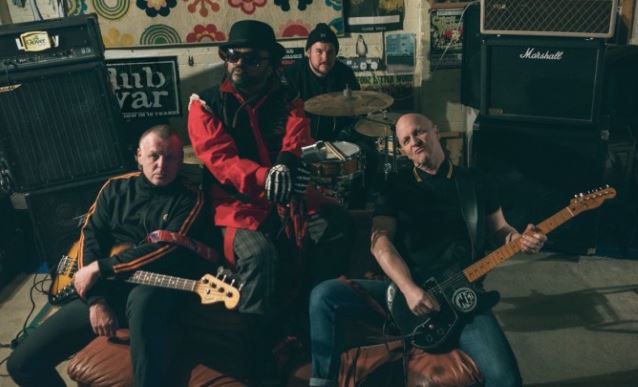 The official video for "Fun Done", the first new recording in two decades from Welsh "ragga metal" cult favorites DUB WAR, can be seen below. The song, which was produced by former NOVOCAINE member and AUTOMATIC producer Richard Jackson, is being released as a double A-side seven-inch single for Record Store Day and is limited to just 500 copies.

"It's been amazing to write with my old mates in DUB WAR again," said DUB WAR's 48-year-old singer Benji Webbe. "I have missed the punk rock cheap sweetie fun element! It feels like I'm cheating on my wife [SKINDRED] wth my old girlfriend [DUB WAR] and it's fun. Shhhh, don't tell 'em!"

"Fun Done", the first in a series of twelve planned recordings from DUB WAR, is being released on the newly created Saint Ringland Records and is backed by "Fun Dubby Dozy".

"We're not going to release an album — we are going to release twelve singles," Benji told Wales Online. "We are going to take as long it takes to get the twelve done. We'll be recording over the next two or three years. And every time we do a show, which will be not that often, we will get a single pressed up. Then after twelve shows, we'll have an album's worth and we will put it on a CD."

"Fun Done" can be ordered from the DUB WAR webstore. 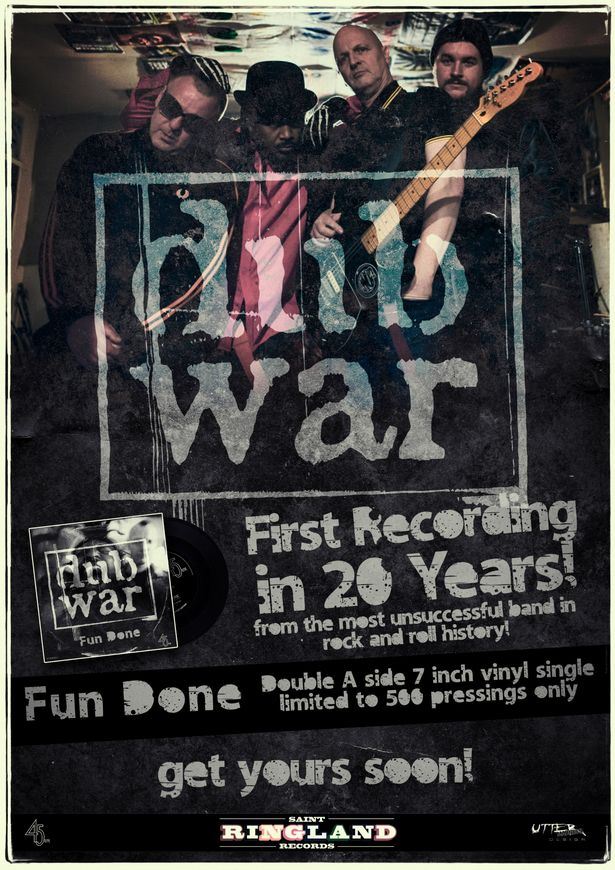