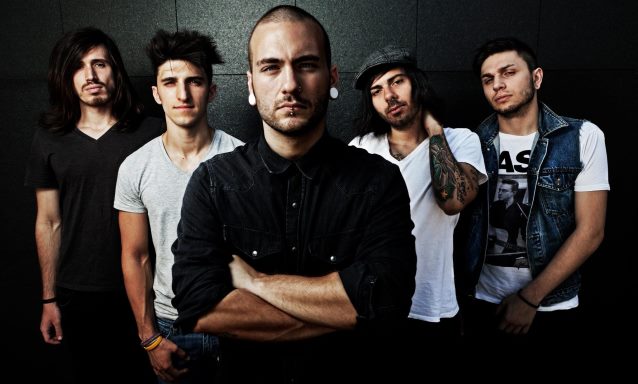 Italy's READY, SET, FALL! has inked a deal with Lifeforce Records. The band's full-length debut, "Memento", will be released in February 2014.

According to a press release, READY, SET, FALL! "combines Swedish melodic death with American metalcore and a strong preference for agile variability.

"Listening to 'Memento', you cannot avoid to think of SOILWORK, IN FLAMES, KILLSWITCH ENGAGE or ALL THAT REMAINS. This is exactly what READY, SET, FALL! want to achieve, without just copying those established acts. The quintet is driven by its internalization of modern-style metal, being played without any boundaries or restrictions."

READY, SET, FALL! was formed in Genoa in 2010. Some of the members have roots within the pop-punk genre (WHERE EVERYTHING IS, THE LAST BANNED) while others paid their dues as part of metalcore and metal acts such as BLOOD, SWEAT AND NO TEARS, ASPASIA and LIVING CORPSE.

A video for the song "Labyrinth", taken from "Memento", can be seen below.