According to Amazon.com, Da Capo Press has set a June 24, 2014 North American release date for LAMB OF GOD vocalist Randy Blythe's memoir, "Dark Days: My Tribulation And Trials". Random House has purchased the foreign rights to the book and will act as publisher in the U.K., Australia, New Zealand, and South Africa.

The memoir, which puts emphasis on the past year of Randy's life, is an incredible, harrowing, heartbreaking, and redemptive story told in Blythe's already well-recognized writing style.

It seems that almost every major media outlet has attempted to righteously cover the story of Blythe's arrest, incarceration, trial, and acquittal for manslaughter in the Czech Republic last year, but now, the man at the center of it all unveils the truths of the ordeal, personally detailing every aspect in his own words. No ghost writers, no co-authors, just Randy Blythe himself.

The rights to Blythe's book were sold to Da Capo executive editor Ben Schafer by Marc Gerald at The Agency Group.

"While I've dreamed of being a published author almost since I began to read, I never imagined my first book would center around such a sad topic," says Blythe. "Sometimes though, life unexpectedly provides you a story that needs to be told. I believe this one does (for several different reasons, not just for the benefit of myself), so I will tell it with the respect and dignity all involved deserve. This will be a good read, I promise you, and I hope some good comes of it."

Added Schafer: "I knew that Randy was a master vocalist and lyricist but it turns out he is a vivid and visceral prose writer as well.

"Regarding his arrest and trial in the Czech Republic, Randy handled a frightening and heartbreaking situation with courage, grace, and humility, and we at Da Capo Press are honored to have the opportunity to have a part in telling his story."

Prague, Czech Republic's High Court upheld Blythe's "not guilty" verdict on June 5 in connection with the death of a fan three years ago. The court's decision is final.

A three-judge panel on March 5 acquitted Blythe of manslaughter in the death of 19-year-old Daniel Nosek.

Blythe was facing the possibility of conviction and a long-term jail sentence after a May 2010 incident in which Nosek, who attended a LAMB OF GOD performance in Prague, died almost a month later, allegedly from injuries sustained when he was thrown off the stage.

Though Blythe faced up to 10 years in prison, during the closing argument, prosecutors only asked the judge for the minimum sentence of five years. 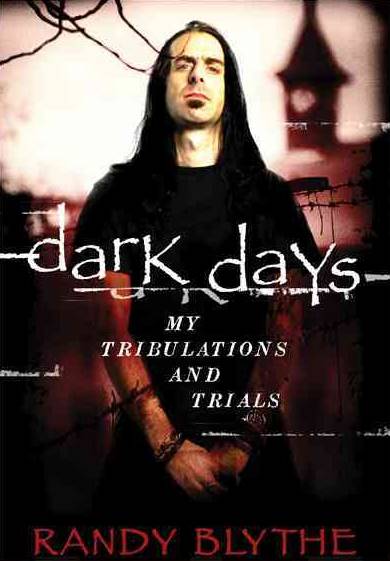