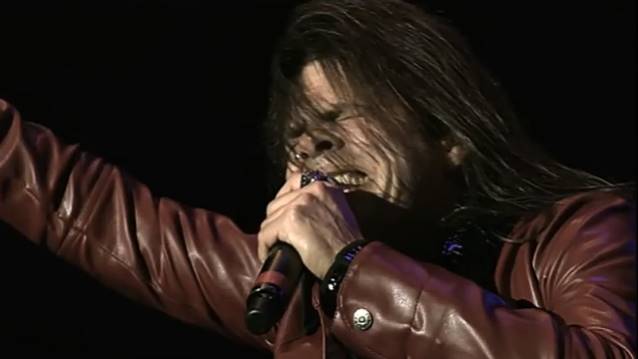 On March 22, The Front Row Report conducted an interview with QUEENSRŸCHE singer Todd La Torre at Surf Ballroom in Clear Lake, Iowa. You can now listen to the chat in the YouTube clip below.

As previously reported, singer Geoff Tate — who was fired from QUEENSRŸCHE in 2012 after fronting it for three decades — and his former bandmates have once again requested more time to hammer out a settlement in their legal battle over the rights to the group's name.

King County Superior Court Judge Beth Andrus has signed a new order continuing trial date, allowing the parties four more weeks to come to an agreement over the use of the QUEENSRŸCHE name and its associated trademarks. If they cannot reach an agreement during that period, the five-day, non-jury trial is set to begin on April 7.

Tate and his former bandmates were previously granted five additional weeks in two separate trial continuances in January and February to work on the details of their settlement agreement.

QUEENSRŸCHE's self-titled album sold around 13,500 copies in the United States in its first week of release to land at position No. 23 on The Billboard 200 chart. The record arrived in stores on June 25 via Century Media Records.

"Queensrÿche" marks the debut release from the lineup comprised of La Torre (vocals; ex-CRIMSON GLORY), Michael Wilton (guitar), Parker Lundgren (guitar), Eddie Jackson (bass) and Scott Rockenfield (drums). The drums for the album were recorded at London Bridge Studios in Seattle, Washington with producer James "Jimbo" Barton — the man who engineered and mixed the band's classic 1988 LP, "Operation: Mindcrime", and its 1990 follow-up, "Empire", and co-produced 1994's "Promised Land". The rest of the music and vocals were laid down at several different facilities on the West Coast. The cover artwork was created by Craig Howell, who has previously worked on designs for "Star Wars", SLIPKNOT and "American Idol", to name a few.