Considered one of the most influential bands of the alternative rock scene, PEARL JAM has sold nearly 32 million records in the U.S. and garnered critical acclaim throughout their career, including a 2017 induction to the Rock And Roll Hall Of Fame in their first year of eligibility. Hal Leonard is proud to now release "Pearl Jam Anthology - The Complete Scores".

This deluxe, hardcover book provides 130 scores of every song on the PEARL JAM albums "Ten" through "Lightning Bolt". Over 800 pages of music contain lyrics and streamlined transcriptions of every instrument that was recorded for an amazing written documentation of this influential band. Guitar and bass parts are written in both standard notation and tablature.

Packaged in its own protective box, this book is a must-own for any serious PEARL JAM fan or collector.

"Pearl Jam Anthology - The Complete Scores" is available from music and bookstores or by visiting www.halleonard.com. 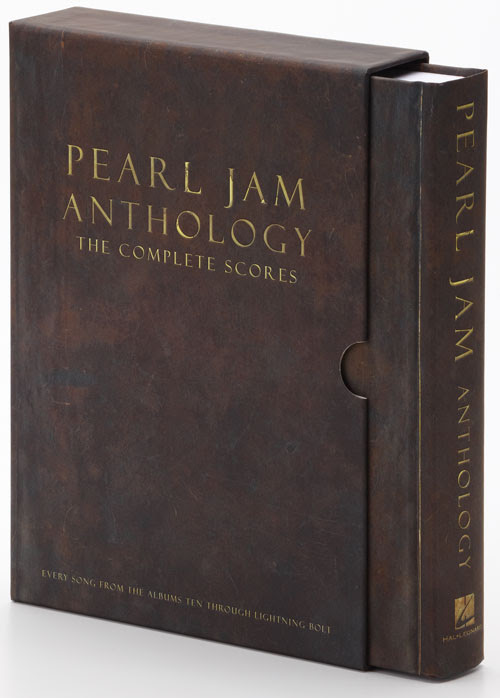