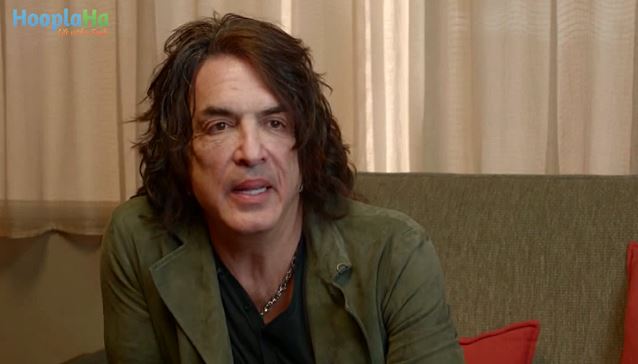 KISS frontman Paul Stanley, who was born with Level 3 Microtia and is deaf in his right ear, last month visited a four-year-old Canadian girl who was born without external ears and travelled to Los Angeles to have reconstructive surgery,

Arabella Carter's procedure took place March 6, according to a posting on the Facebook page Ears For Arabella, and the next day, Stanley was at the child's bedside providing well wishes.

A HooplaHa.com report about Arabella that includes an interview with Stanley can be seen below.

Said Paul: "I think that in life, we need to realize that charity is never an option, it's always an obligation. It's something we can all do in one way or another. Everybody can't give the same, but everybody can all give. And this old adage that you give until it hurts is a distortion of the truth. You give until it feels good. Everybody knows what they're capable of giving, and that's what you should give."

Thanks to the Mending Kids, a non-profit organization dedicated to raising money for the those that suffer from Microtia, along with the support of Stanley, Arabella will receive the costly reconstructive surgery that will not only give her the appearance every child wants, but the gift of sound she's always dreamed of.

In his memoir, last year's "Face The Music: A Life Exposed", Stanley talks frankly about his early struggles with hearing. Microtia is a congenital deformity of the cartilage of the outer ear that can affect normal hearing.

Stanley, who grew up half-deaf and scarred with a deformed right ear, eventually had reconstructive surgery in 1982 to create an ear using a piece of his rib cage. The Pulse Of Radio asked Stanley why he kept his ear a secret for so long. "Oh, it was painful," he said. "It was too painful. Y'know, you can only reveal things and you can only deal with things when you're ready to. And my experiences as a child were so debilitating and destructive that the best way for me to deal with my ear was to cover it and to — at least on the surface — ignore what was going on; although when something is invisible to others doesn't mean it's not visible and very much a part of your life."

In an interview with CNN, Stanley talked about his rare birth defect. "I've had an implanted hearing aid for years now," Stanley said. "This is a device that is usually given to children at an early age or to adults who have lost their hearing due to a medical condition. This has been an ongoing adjustment for me as my brain has never processed sound coming in from my right side."

He continued: "In the beginning, it was incredibly taxing and extremely confusing. It would be like you are suddenly developing an eye in the back of your head. That said, it has settled in quite a bit and I have to say, it has enhanced my day-to-day activities."