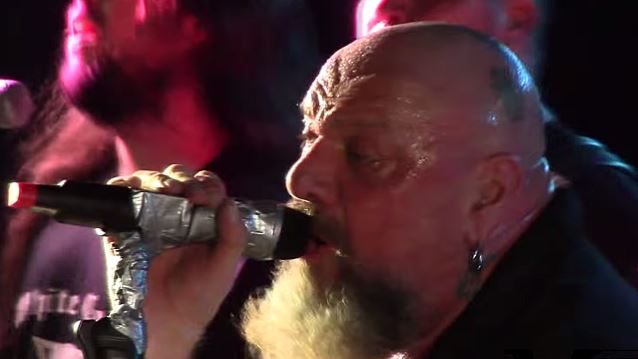 Di'Anno's April 9 performance at Lizard Club in Krakow, Poland as part of the Doładowanie festival was professionally filmed for a DVD, titled "The Beast Arises", which was released on October 6 in Europe through Metal Mind Productions and October 7 in North America via MVD. "The Beast Arises" was also made available on CD, digital and vinyl.

The setlist for Di'Anno's concert in Krakow included some of the best IRON MAIDEN tracks from the period when Di'Anno was the band’s lead singer, as well as KILLERS and Di'Anno solo tracks. The DVD also contains bonus features such as an interview with Di'Anno, a photo gallery and more.

Asked about the difficulties of pulling off some of his classic material live as he is getting older, Paul told Canadian rock journalist Mitch Lafon: "I've got tell you one thing, my voice is actually getting better. I'm hitting notes I've never hit in quite a long time. And you know why? 'Cause I don't fuss about over it. Some people, they go, 'Oh, I've got a slight cough. Let's cancel the whole show. The whole tour's gonna be off.' If you look at my touring schedule, it's brutal, normally. I do this five, six, seven days a week, something like that, and I'm still hitting those notes. And I'm really happy with what we're doing in the studio. I'm hitting notes Rob Halford can't hit anymore. So I'm doing quite well; I'm really happy. And the reason why is 'cause I don't fuss about over it. A slight little cough? 'Oh, no, that's it; everything is off.' Me, I don't care of me voice. I still smoke, I still drink. I still have it, mate."

Di'Anno recently revealed that he was scrapping his retirement plans and was in the process of recording a new album with his new band called ARCHITECTS OF CHAOZ (also featuring members of Paul's longtime German touring backing group THE PHANTOMZ).He explained to "The Metal Voice": "I was gonna retire because of a bad knee. And it was really pissing me off. What it is, I've got a knee replacement, 'cause it's all damaged; I've had a couple of motorcycle accidents. I thought about quitting — not because I wanted to, but I thought, 'This could get worse. I'm doing more damage to it.' But then I thought, it doesn't make a difference; it's about the voice. And I spoke to the wife and she said, 'Oh, my God. If you stay home for two months, I'll probably murder you.' So I decided in the end, 'Fuck it.' Doing all these things is great, but I actually wanna be part of a band." 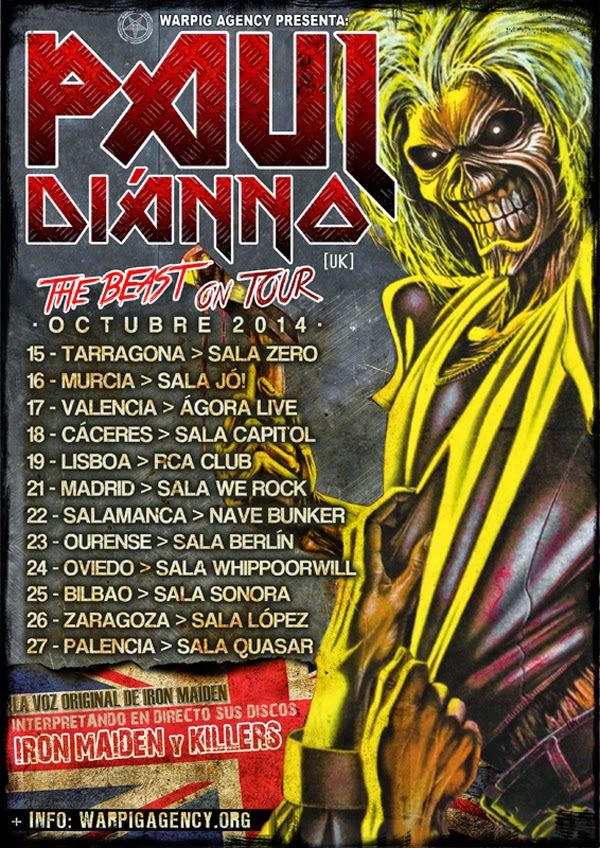