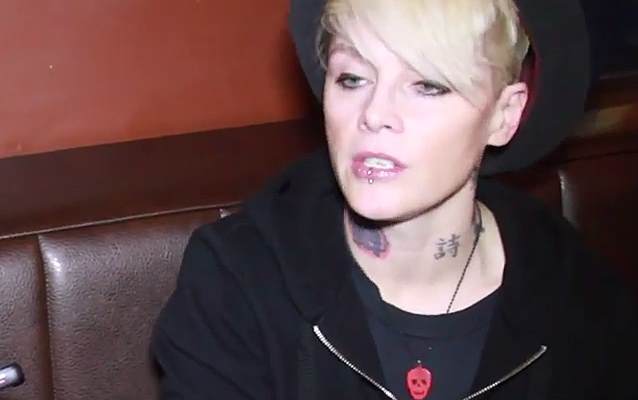 OTEP will enter the studio later this year to record its seventh album, to be released for streaming/distribution by Sono Recording Group (SRG) and their partner Spotify.

"I've been a friend and fan of Sid for years and it's a true honor to be managed by such a talented and triumphant artist," said Shamaya, calling the collaboration a "powerful alliance of art and industry, OTEP and Mach 2.8."

OTEP's sixth full-length studio album, "Hydra", sold around 2,900 copies in the United States in its first week of release to debut at position No. 155 on The Billboard 200 chart. The CD was issued in January 2013 via Victory Records.

OTEP were formed in Los Angeles in 2000 and immediately signed to Capitol Records, an achievement based solely on the strength of its live performance. They were selected to appear at Ozzfest after Sharon Osbourne witnessed one of these incendiary performances. Their debut at Ozzfest was only their ninth live show, a major achievement for any band. It would be the kick-off for a career spanning more than 14 years.