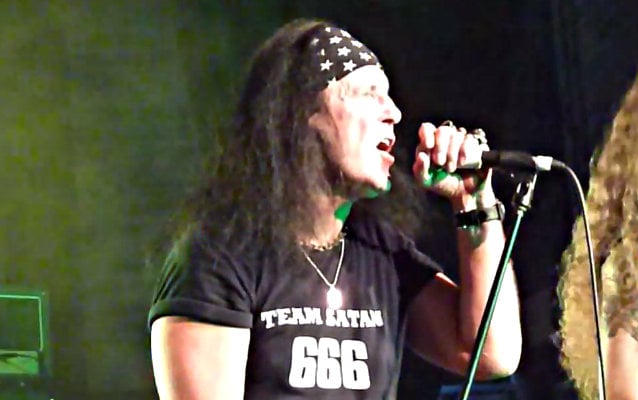 The official lyric video for the song "Put Up Or Shut Up" from original AC/DC singer Dave Evans, can be seen below. The track is taken from his forthcoming EP, "Nothing To Prove", which features three songs co-written with Chris Appleton (ABSOLVA, BLAZE BAYLEY, FURY UK), and a cover of the blues classic "Baby Please Don't Go".

The EP is available for pre-order now in a limited-edition fanpack also featuring a poster, a postcard and a custom guitar pick.

"Nothing To Prove" track listing:

Evans spoke to The Age recently and recalled the legendary Australian band's first-ever gigs, which took place 40 years ago. The group played a set at the Chequers Club in Sydney just before midnight on December 31, 1973, and then performed another one after the New Year had passed, in the wee hours of January 1, 1974.

Evans said, "It was a small place, absolutely jammed — there were no laws in those days so it was like sardines. The crowd didn't know us, of course, but it just went off. We all had so much energy. I don't get nervous before shows but I remember I was nervous before that one. But we knew we were going to kill them, and we did."

Evans added that the band, which had formed just two months earlier, didn't have enough material to play. He explained, "[Guitarist] Malcolm Young said, 'We're about six or seven songs short, so make up some names and we'll put them through the set.' So we made up songs on the spot and played them that night."

Evans said he "never had a problem with Bon," adding, "He had an opportunity to take my place and become the singer for AC/DC. I would have done the same thing. Bon was a rock and roller and as hard as me . . . He was quite a few years older than me but we grew up tough and did the hard knocks."

AC/DC enlisted its third vocalist, Brian Johnson, shortly after Scott's demise and has carried on with Johnson at the mic to this day.

Evans recently told Wales Online that his former bandmates have not acknowledged his role in AC/DC's early history, saying, "They like to pretend in interviews that Bon Scott was there from the very beginning. The truth of the matter is that a lot went on before Bon became involved — in fact, the band had already got through two bass players, three drummers and a handful of managers by that point . . . all the stuff [Bon would] later do onstage with AC/DC, like taking off his shirt and carrying Angus [Young, guitarist] around on his shoulders, was nicked off me." 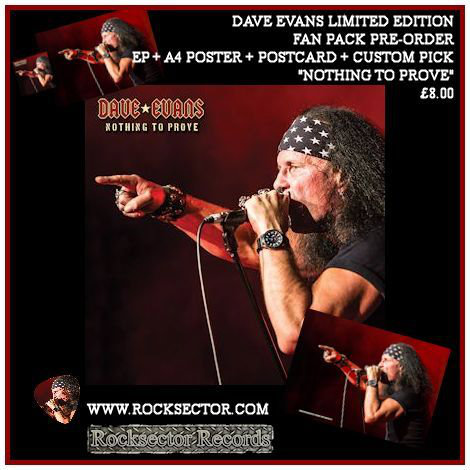