Swedish prog-metal/rock veterans OPETH have announced a European tour for March 2021. Support on the trek will come from retro rockers THE VINTAGE CARAVAN from Iceland.

Regarding the decision to release "In Cauda Venenum" in Swedish, OPETH mastermind Mikael Åkerfeldt told Revolver: "Doing it in Swedish was just an idea that popped into my head, like, 'Maybe I should fry my egg in the morning instead of boiling it.' It wasn't any deeper than that. And I figured the music climate has changed so much, does it really matter which language it's in? That was it. And it didn't have me writing more lyrics — it just had me writing more music. And the music didn't sound more Swedish or anything like that. But it was a gateway that opened, and it was fun.

Mikael added that he is "not regretting" the fact that "In Cauda Venenum" was also recorded in English. "A lot of people [in the U.S.] are saying they only listened to the English version," he said. "So I was proven right, in a way. I can say a thousand times that the Swedish version is the original version, but it's up to people to choose. I can just hope that they check out both versions. But I do think the Swedish version is slightly better — only because it was first. It's more innocent. With the English version, regardless of what you think about it, that's me trying to copy a vocal line I had done in another language. So it's less exciting to me." 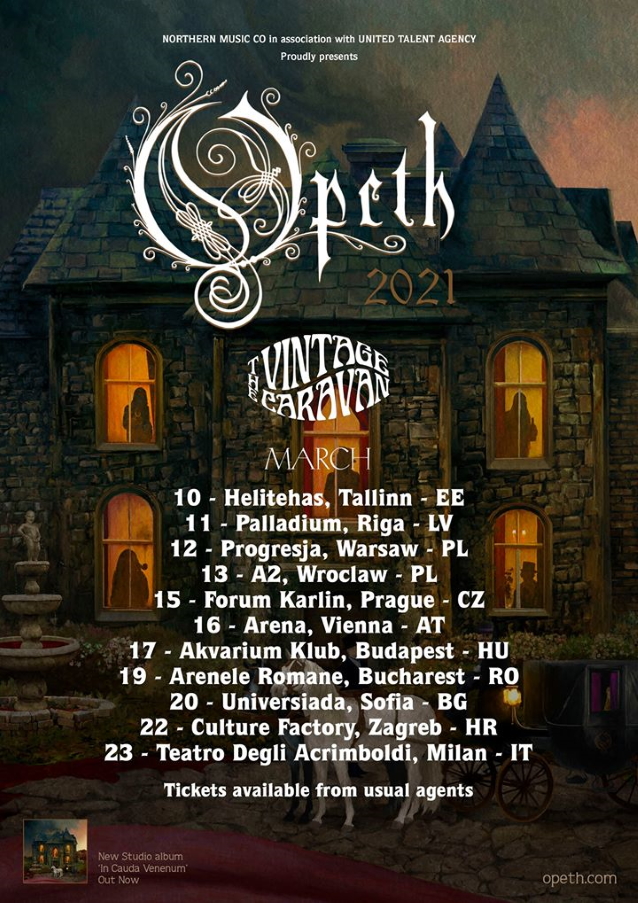