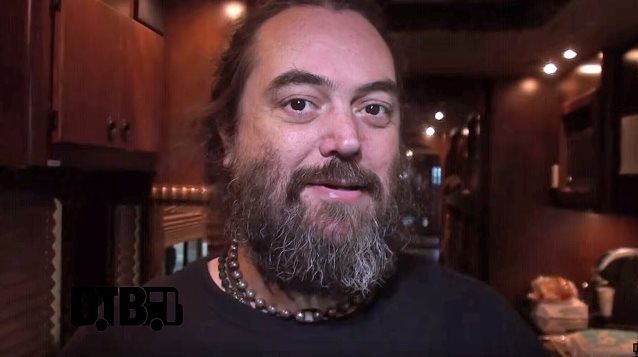 Former SEPULTURA and current SOULFLY frontman Max Cavalera is featured in the latest episode of Digital Tour Bus's "Bus Invaders", which takes you inside the touring vehicle of one of today's top touring acts. The footage was shot on October 11, 2015 in Joliet, Illinois.