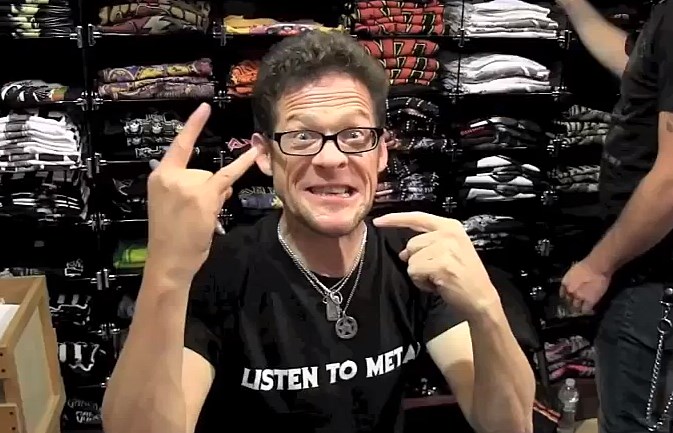 NEWSTED's debut album, "Heavy Metal Music", was released on August 6 in North America via Chophouse Records/Collective Sounds (August 5 in Europe through Spinefarm Records). Jason told Billboard.com the 11-song album is very similar to the band's debut EP, "Metal", which sold around 6,200 copies in the United States in its first week of release to land at position No. 62 on The Billboard 200 chart. "The EP was always intended to be the primer, a sampler of what was to come on the LP," he said. "It's all metal all the time. It's not all fast, but it is all heavy."

NEWSTED has just completed its participation in this year's edition of Gigantour, the critically acclaimed package festival founded in 2005 by MEGADETH mainman Dave Mustaine. Also appearing on the bill were headliners MEGADETH, along with BLACK LABEL SOCIETY, DEVICE, HELLYEAH and DEATH DIVISION.