An audio snippet of the song "Get Your Fight On!" from Venice, California crossover thrash/hardcore punk legends SUICIDAL TENDENCIES can be streamed below. The track is taken from the band's new album, "World Gone Mad", which will be released on September 30. The follow-up to 2013's "13" disc will be the band's first to feature former SLAYER drummer Dave Lombardo and guitarist Jeff Pogan, who replaced Nico Santora in May.

Lombardo recently told Metal Wani about ST's forthcoming CD: "I think it's very typical and very traditional SUICIDAL TENDENCIES. It's that style. It's [SUICIDAL TENDENCIES frontman] Mike Muir and he was a very special style in which he writes his music and his lyrics and his structures. And I love it; I love it. It takes me back to how it all started, which was that punk attitude. I'm very happy to be a part of his organization. I feel very welcomed. I feel very much appreciated, and there's a lot of respect amongst the musicians, and camaraderie. We have a really good time together. We hang out as a band, which is important; I feel it's very important."

In an interview with Jump Metal, Muir stated about Lombardo's musical contribution to the upcoming SUICIDAL TENDENCIES album: "It's interesting, because a lot of people, obviously, associate [Dave] with the SLAYER sound. On some of the SUICIDAL songs, it's different musically, and you can see how really a tremendously diverse drummer that he is. I think some of the songs, obviously, people that love his drumming, they're gonna hear it and they're gonna really, really, I think, enjoy it. He's really excited about it. He's getting to play some different kind of things, and it just brings a whole different intensity and rhythmic feel to the band. And he's definitely got the Cuban thing going on, that Latin flavor, where he gets to do a little bit more in SUICIDAL than he did in SLAYER. I think you hear it and you definitely know it's Dave, but it definitely takes us to another level." 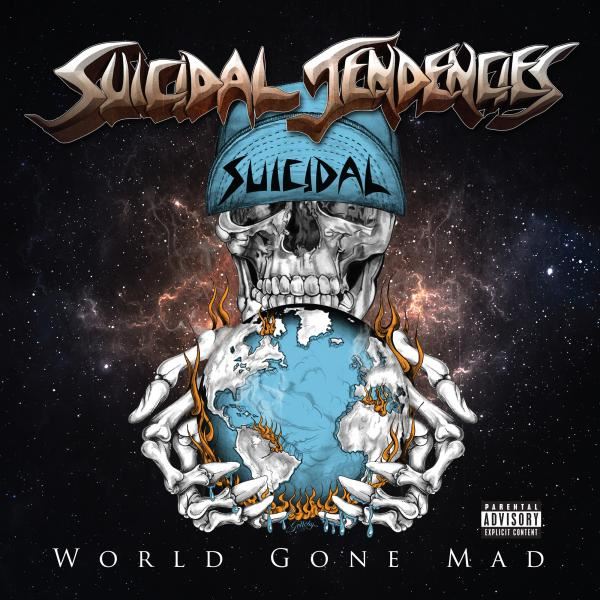