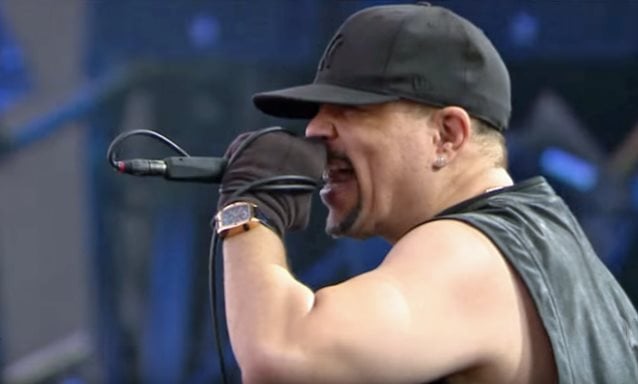 "Bloodlust", the new album from BODY COUNT, the metal band fronted by hip-hop legend, actor and director Ice-T, will be released on March 31 via Century Media.

The first single from "Bloodlust", a song called "No Lives Matter", will make its online debut on February 17.

"Bloodlust" was recorded with producer Will Putney (MISS MAY I, UPON A BURNING BODY), who also helmed 2014's "Manslaughter".

A preview of the song "The Ski Mask Way" is available below.

Ice-T previously collaborated with SLAYER on a medley of three THE EXPLOITED songs for the 1993 "Judgment Night" soundtrack.