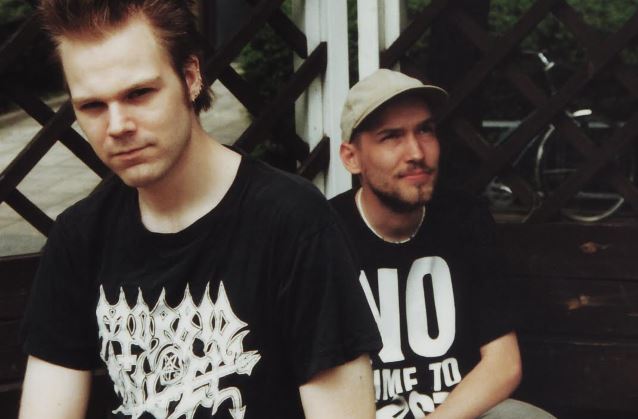 Back in 1997, NASUM members Anders Jakobson and Mieszko Talarczyk had a short-lived death metal project called BLOODSHED. They recorded a three-song demo titled "Salvation By Bloodshed", but it was never released properly. The demo tape was only handed out to a handful of people.

Now, 18 years later, this lost recording is being released as a vinyl single by Swedish label Bone Records. Remastered by Dan Swanö, the pressing is limited to 500 copies and is being made available on red (100 copies) and black vinyl (400 copies).

For orders, send an e-mail to: bonerecordssweden@gmail.com.

NASUM was hit hard by the passing of guitarist and co-founder Mieszko Talarczyk in the 2004 Asian tsunami, but embarked on a farewell tour in 2012 to mark the band's 20th anniversary and close the book on the influential act. 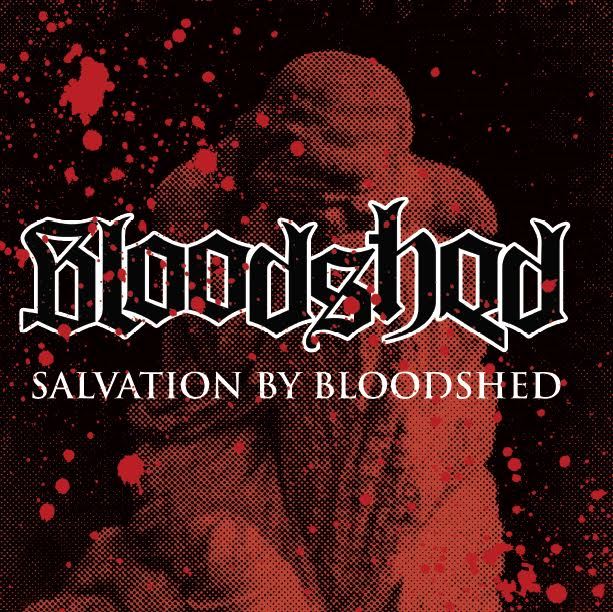 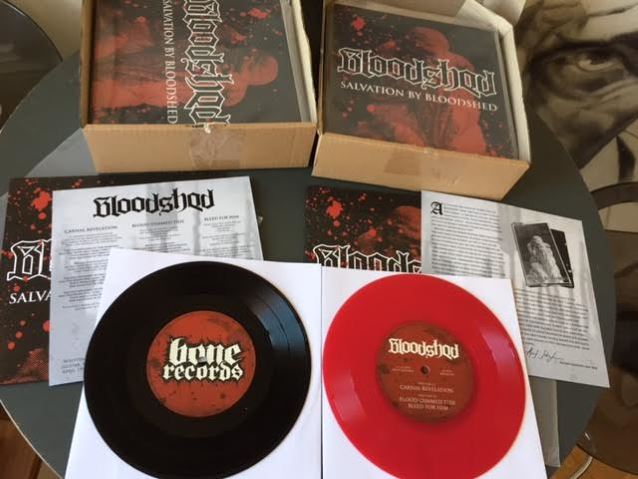 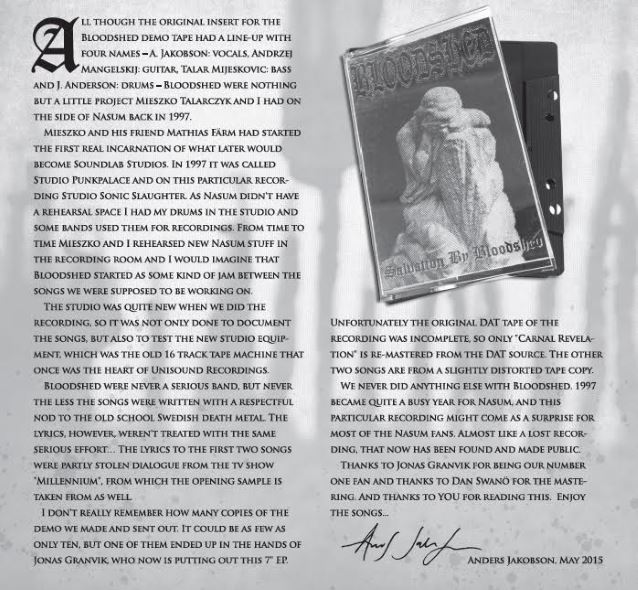 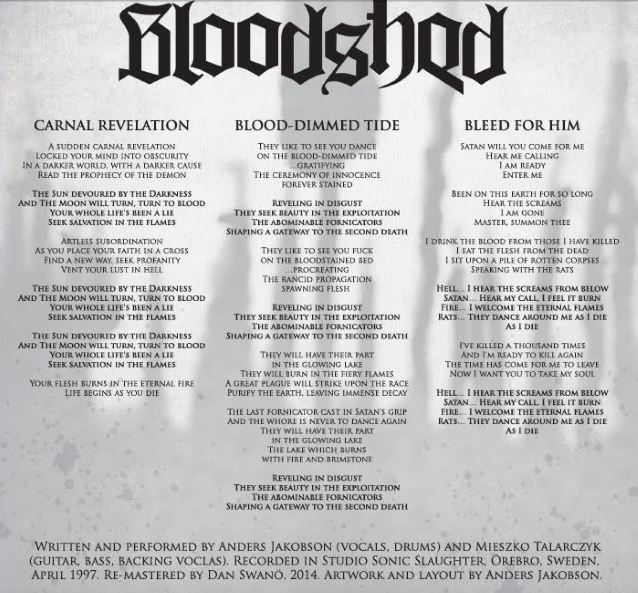