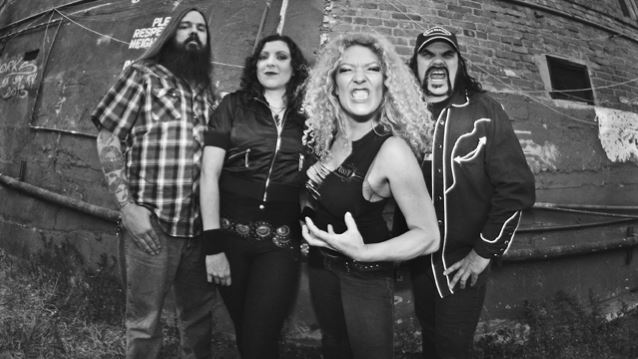 NASHVILLE PUSSY will release a compilation album, "Ten Years Of Pussy", in Scandinavia on May 6, in Germany on May 8, in the rest of Europe on May 11 and in the USA on May 12 via SPV/Steamhammer. The effort will be made available as a 2CD digipak and a digital download.

"Ten Years Of Pussy" is described in a press release a a "22-track monster [that] takes [NASHVILLE PUSSY's] best studio tracks of the last decade and even throws in a live bonus EP taken from a blistering 2009 show at Nottingham.".

NASHVILLE PUSSY hail from Atlanta, deep in the heart of "the BBQ nation" and sound like AC/DC slap boxing with LYNYRD SKYNYRD while MOTÖRHEAD watches. Formed by husband and wife guitarists Blaine Cartwright and Ruyter Suys, NASHVILLE PUSSY rose out of the ashes of Cartwright's former band NINE POUND HAMMER in 1997. Since then they have played thousands of gigs in 40 different countries, received a Grammy nomination and toured with MOTORHEAD, ZZ TOP, LYNYRD SKYNYRD, SLAYER, and a host of other heros who became instant fans. Ruyter was recently voted one of the best female rock performers ever. Together with human metronome drummer Jeremy Thompson, NASHVILLE PUSSY have tolerated numerous labels, trends and bass players. And, when counted out, have consistently pulled off resurrections that make Jesus look like a rank amateur.

The 16 studio tracks from "Ten Years Of Pussy" are taken from their last few releases, highlighting the band's most relevant work of their decade history on label SPV. "Up The Dosage" (2014), featuring rock solid bassist Bonnie Buitrago, has been called "NASHVILLE PUSSY's 'Back In Black'" and was "Pick Of The Week" on "That Metal Show". "From Hell To Texas" (2009) was recorded at Willie Nelson's studio in Texas and featured some of the band's strongest songwriting to date. And "Get Some" (2005), was the first SPV release and the first collaboration with Daniel Rey, and has more hooks than a hillbilly's tackle box. And, of course, the bonus live CD includes the ultimate version of "Nutbush City Limits" with special guest Ron Heathman from THE SUPERSUCKERS on guitar. 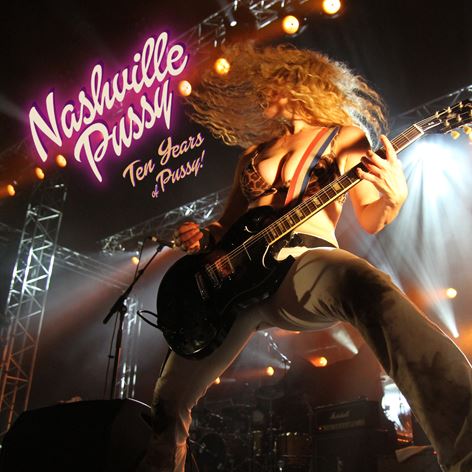