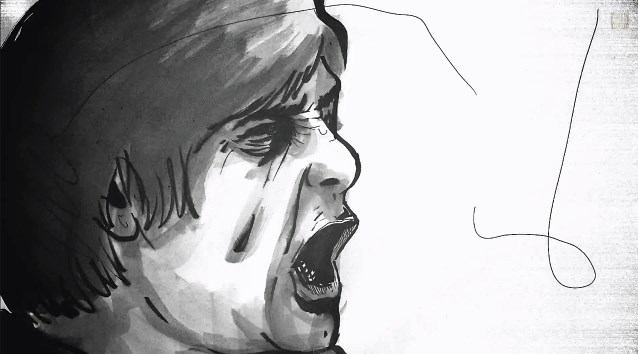 A promotional video for the short and intense track "Smash A Single Digit" can be seen below. The clip was directed and produced by Michael Panduro, who has previously worked for bands like CEPHALIC CARNAGE, SAINT VITUS and JOB FOR A COWBOY.

Trivia facts about this clip: The video is made up of 1093 unique drawings, each one hand-drawn in ink on paper by artist Lisbet Fredslund and actually 225 of the drawings are of the face of NAPALM DEATH vocalist Mark "Barney" Greenway, who checked in to comment the clip as follows: "Couldn't be happier with the 'Smash A Single Digit' video clip. It shows nothing of dignity or life's fundamental pleasures — only a snapshot of those unfortunate enough to only be deemed as numbers for production quotas in this world. When a 'digit' has therefore been expended, it is rubbed out (or consumed leaving no trace, as in the case of this video). In my opinion, Michael Panduro and the team produced a real work of art and I think the general style holds some really nice future artistic possibilities for NAPALM DEATH."