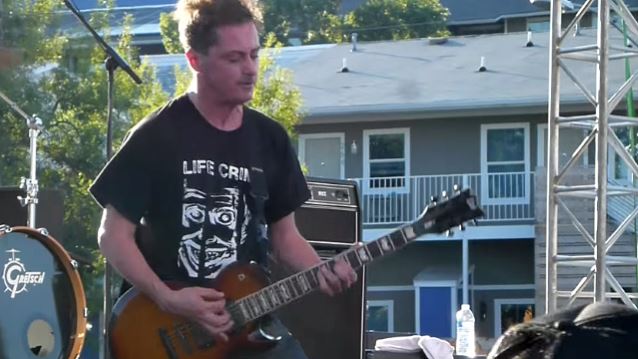 "Due to illness within his family, we would like to announce that [guitarist] Mitch Harris will, unfortunately, not be performing with us for the near future. We stress that this is not a permanent arrangement, although we are unsure exactly when Mitch will return under the circumstances. Naturally, we sympathise and wish Mitch all the best for now. In the meantime, we will be joined by guitarists who we know can grind it out in his absence. Thanks for your understanding."

Said NAPALM DEATH frontman Mark "Barney" Greenway: "As a celebration of both the unconventional and more straight-out methods of musical attack, I think this tour lineup really hits home.

"To think that 30 years ago I was marveling at the savage eccentricities of 'War And Pain' and now I'm sharing stage / living space with Snake, Away and co... surreal, almost.

"From NAPALM's perspective, we'll bring the overdrive to the spaciness. It's all going to rage whichever way you slice it."