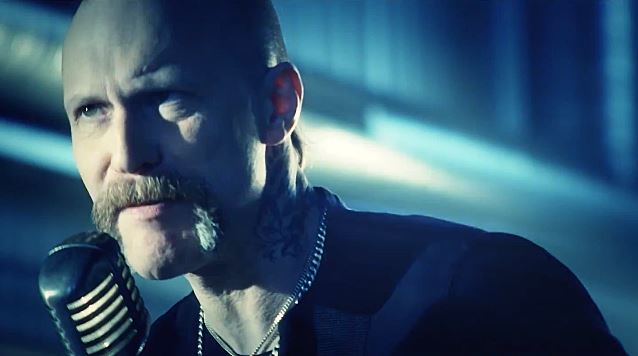 Swedish hard rockers MUSTASCH will release their new album, "Testosterone", on September 18 via Gain Music Entertainment, which is distributed and partly owned by Sony Music.

The official video for the band's new single, "Be Like A Man", can be seen below. The clip was directed by Patric Ullaeus of Revolver Film Company, who has previously worked with DIMMU BORGIR, LACUNA COIL, IN FLAMES, SONIC SYNDICATE and KAMELOT, among others.

Comments MUSTASCH guitarist/vocalist Ralf Gyllenhammar: "On our new album, which will be titled 'Testosterone', I deal with my manhood, dignity and tenderness.

"Testosterone has, unfortunately, sometimes had a negative significance. Why, then, I wonder?

"Macho is something I have never recognized in me, taking care of my loved ones has always been more important to me.

"On the new album, I have dropped just everything! David [Johannesson, guitar] and our producer, Rikard Löfgren, went off to Tenerife and wrote songs. Jejo [Perković, drums] have been given free reins with his drum playing without me being there and anxiously poking and spreading unrest.

"Now that I don't play any guitars on the album, I can hear the fierce guitar player David de facto is, which I had completely missed. Stam [Johansson] is one of the world's best bass players, so there's everything as usual (phew)!

"How will this new album sound then?

"A record with a musical theme, I can proudly say. A record where the whole band has been 100% devoted, added their own touch and a great producer that has been very responsive. There are grand, hard riffs, double-bass drums (yes!). And thanks to that, I can devote all my time and energy to vocals and lyrics: large and numerous choral arrangements.

"A burden lifted from my shoulders, a new sound being formed, both hard and soft at the same time.

"Nothing I am ashamed of, quite simply. I stand up for my manhood. But if you're big and strong you should be able to behave well!"

MUSTASCH's last album, "Thank You For The Demon", was released in January 2014. 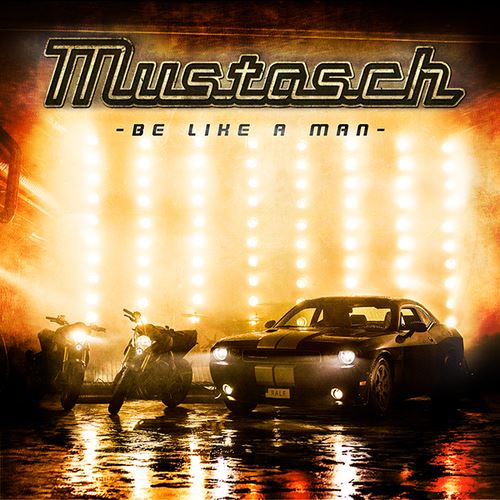