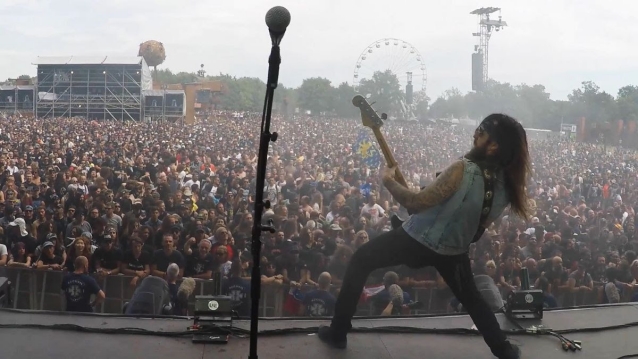 According to a press release, the effort contains "four ripper tracks that embrace all the band's punk and street metal roots without clutching the past. That honest formula has led the WASTE to innovate the festival scene with the opening track and party of the summer 'Wave Of Death'."

A music video that was edited by Mark Reâtegui from footage compiled from the band's roadie Scotty Tankcrimes from the last couple of tours can be seen below.

"The Last Rager" EP was recorded by LandPhil Hall at Blaze of Torment Studios in Richmond, Virginia, with additional engineering completed by Josh Hall. The EP was mixed by Rob Caldwell while mastering was handled by Joel Grind. The artwork was created by Brian Crabaugh.

MUNICIPAL WASTE will jump on the road with U.K. grindcore band NAPALM DEATH for a co-headlining U.S. tour. The 17-date trek will kick off in Dallas on October 3 and visit New York, Chicago and Denver before ending on October 23 in Los Angeles. Opening the night are New York hardcore legends SICK OF IT ALL and hardcore punk/thrash metal band TAKE OFFENSE. 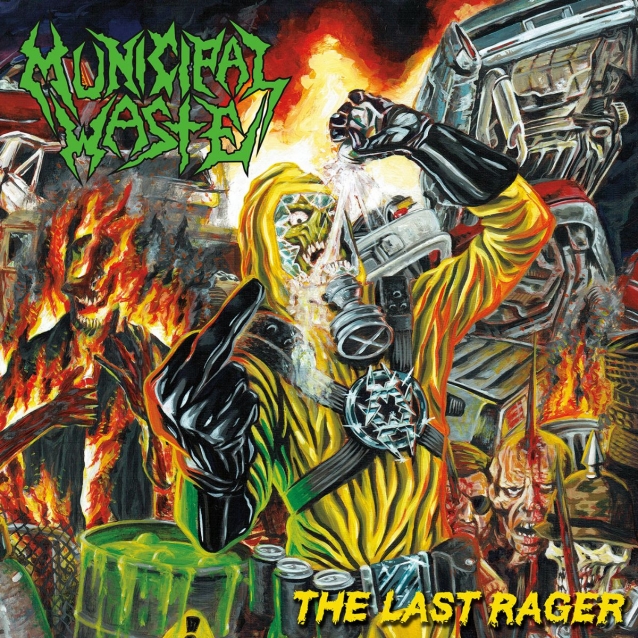