The book's official description reads: "Celebrating Lemmy Kilmister's 70th birthday along with the 40th anniversary of his band MOTÖRHEAD, the lavishly illustrated volume presents exciting and intimate behind-the-stage pictures by much-acclaimed Spanish photographer Pep Bonet, who accompanied the band between 2008 and 2011.

"Rock'n'roll celebrities like Slash from GUNS N' ROSES and Brian May from QUEEN provided their contributions to this fascinating documentary. And, last but not least, MOTÖRHEAD's brand new 22nd studio album is included with the book — enthusiasts cannot afford to miss this package! Text in English and German."

Lemmy, who celebrated his 70th birthday last Christmas Eve (December 24), learned two days later that he was afflicted with an aggressive form of cancer. He died two days later, on December 28, at his home in Los Angeles.

The band canceled a number of shows last year, although they did manage to complete one final European tour on December 11, 2015.

In a 2015 interview with Kerrang! magazine, Lemmy was asked how it makes him feel when people call him a legend. He responded: "As long as they don't believe it, that's alright." He continued: "Who wouldn’t want a hero somewhere in their lives? And it might as well be me, 'cause I don't take the piss out of them for it, and I don't laugh at them because of it." But he added, "I'm not a legend. I never thought of myself as being special in particular. Maybe I make brilliant music, but that's about it." 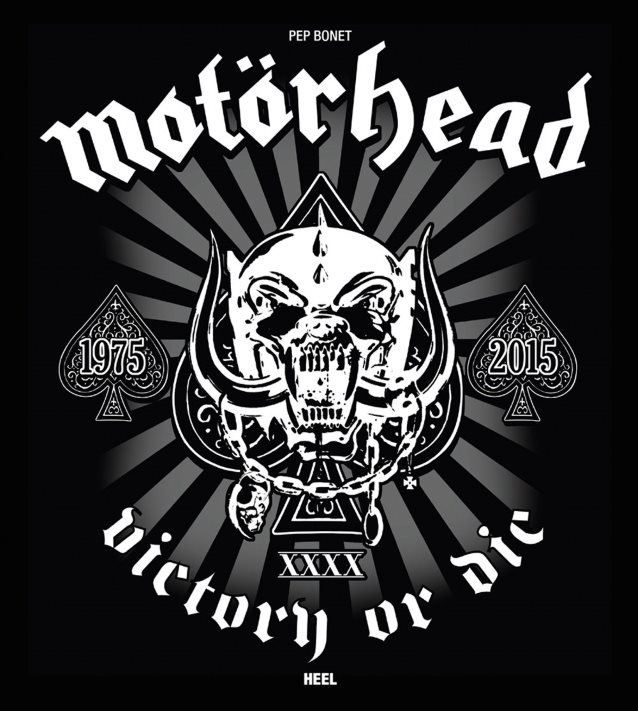