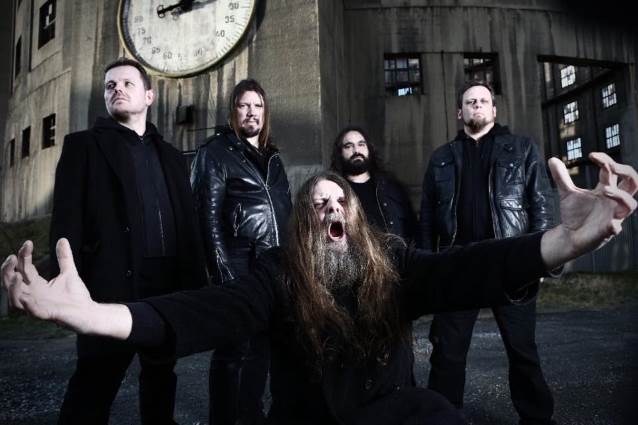 Organizational and individual reasons have compelled German death metal veterans MORGOTH to refrain from any further live activities. A new record is not planned.

The last scheduled live show will take place on June 8 at the Chronical Moshers Open Air in Germany. The band made this decision after careful consideration.

Guitarist Sebastian Swart says: "Since a while, it is difficult for us to act flexibly enough as a band. The main reason is that we all live spread all over Germany. My individual reasons are the fact that I suffer from massive and multiple hearing problems, and on top of that, I will be moving abroad for my work."

The decision does not mean that MORGOTH will permanently split up, but all activities are being suspended at this time.

Guitarist Harry Busse says: "This decision was not an easy one for us, but at this point it is necessary to take this step. The initial idea back in 2011 was to play only a handful of shows to celebrate the 20th anniversary of 'Cursed'. The fact that we went on for another seven years and would follow with a new studio album, 'Ungod', wasn't something that we had anticipated back then. We really enjoyed this time and want to thank all of our fans, Century Media Records and our management, Clandestine Music, for their support during these years."