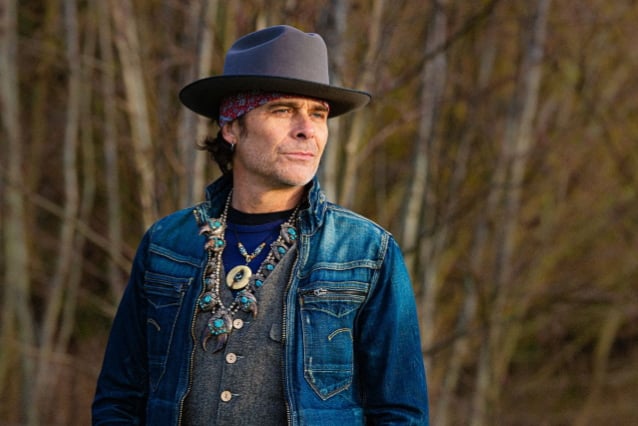 Ex-WHITE LION frontman Mike Tramp has reflected on the breakup of his former group.

The Danish-born singer hasn't played with his former songwriting partner and bandmate, guitarist Vito Bratta, since WHITE LION performed its last concert in Boston in September 1991.

Speaking to BigMusicGeek.com, Tramp said that WHITE LION came to an abrupt end because "not one single person fought" to keep the act alive.

"Looking back now, that decision was made at at time when I felt almost immortal," he said. "I felt that I was in a strong position where I would continue with something else and have the same success. It was a personal decision on some of the people involved in the band, but it was mainly the record company. We didn't feel they were on our side anymore, and it's not in my personality to take that shit. At the same time, James [LoMenzo, bass] and drummer Greg [D'Angelo] left the band after a big European tour. We had been out on the road for three weeks with an all-new rhythm section testing everything out. At this point, MTV has basically turned their back on not only WHITE LION, but basically every other '80s band and grunge was quickly starting to come in. There was already a whole different vibe out there, but we were solving a bit of that. It was one of those situations where one thing leads to another and then there was a hasty decision made that nobody fought for. And then I didn't get a call from my management and I didn't get a call from the record company, which was odd because we were still a money-making band that had several records that needed to be made for Atlantic Records. We were still making money for the publishing company and we were still selling t-shirts, so were still a very successful band. We weren't on the top of the charts in America, but we had just done a massive European tour and were really strong there as always. We were still selling hundreds of thousands of albums in the U.S., which today you would give your grandmother for. [Laughs]"

Asked if he later regretted these decisions, Mike said: "Later on, many years after, when Vito and I started talking about these things, we always wondered why nobody called us after a couple days and said, 'Listen, you guys. Let's take a break here. Let's take a break and let everybody calm down a bit. And then let's meet and look at the situation.' That would have happened if it had been any other type of business... But not one single person fought for this, and that really just put more fuel on my fire. It is kind of crazy, because basically on the way back from the final show when I flew to L.A. and Vito flew to New York, I'd already put FREAK OF NATURE together in my head. The whole concept and how it was all going to be built up... From that day on, I was going to be in total control of making those decisions, ya know?"

In the 29 years since WHITE LION broke up, Bratta's public profile has been virtually nonexistent, while Tramp has remained active, recording and touring as a solo artist and with the bands FREAK OF NATURE, THE ROCK 'N' ROLL CIRCUZ and, more recently, BAND OF BROTHERS. Tramp also attempted to revive WHITE LION with the 2008 album "Return Of The Pride", featuring new members. Two years later, Tramp ceded ownership of the name WHITE LION to Bratta in an out-of-court settlement.