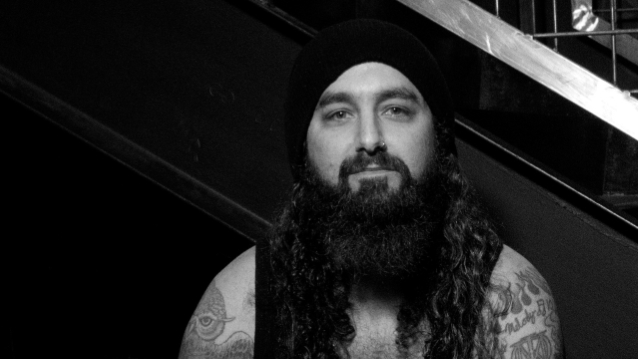 In a recent interview with World Prog-Nation, former DREAM THEATER and current SONS OF APOLLO drummer Mike Portnoy spoke about how his desire to interact with his fans on social media has at times backfired, with him finding himself at the receiving end of an outpouring of hostility.

"It's frustrating, because I put a huge importance on always telling the truth and being honest and open with the fans," he said (see video below). "I never try to sugarcoat something with bullshit or say the politically correct thing. I speak from the heart. Sometimes that comes back to bite me in the ass, and I've learned to have to try to watch what I say. And a lot of times, I'll see stuff misinterpreted, or whatever, so sometimes I'll chime in to try to at least set the record straight, and then even that gets misinterpreted.

"I'm trying to learn how to bite my tongue as much as I can," he continued. "I told you before we started [the interview] I don't wanna talk about DREAM THEATER, because even in the case of them, even when I try to say something nice, like, 'Oh, I miss those guys,' or whatever, then even that gets miinterpreted. People are, like, 'Oh, he's lingering on the band,' or, 'He misses them.' Or blah blah blah. Without getting into a DREAM THEATER question, I'm saying even when I say something nice, it somehow gets twisted, and it's frustrating — it's really frustrating. But what am I gonna do? I'm not gonna not do interviews. There are some people that would just shut down and stop doing interviews. I'm not gonna let social media shut me up. I just try to be careful."

According to Portnoy, being active on social media was a no-brainer for him, especially since it allowed him to share his views with like-minded individuals.

"I've always been like that, because I'm just as much of a fan myself," he explained. "I was always the tapetrader in the band back in the '80s, and then when the Internet came around, our forum and all the other bands' forums, of the bands I love, I'd always chime in and get involved with that. So social media was a natural form of expression for me, because I wanna interact with the fans because I'm just as much of a fan. And then I get blasted for that too. The other day I made a comment about Joey Kramer of AEROSMITH, just talking like a fan, like anybody else, and then somebody blasted me, like, 'Why don't you just concentrate on your own stuff? How dare you talk about another band?' It's, like, really? You're allowed to talk about another band, but I can't? I'm a fan as well, and I'm allowed to have an opinion just as well. I'm not saying my opinion is right; it's just an opinion. It's just my take on a situation as a fan."

Portnoy, who co-founded DREAM THEATER 35 years ago, abruptly quit the band in September 2010 while on tour with AVENGED SEVENFOLD. He has since been replaced by Mike Mangini (ANNIHILATOR, EXTREME, JAMES LABRIE, STEVE VAI).