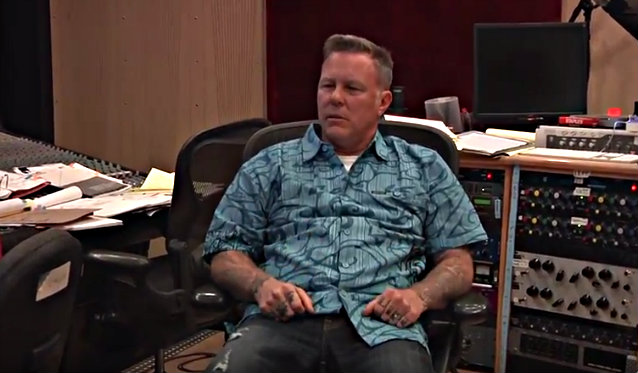 A fifteen-minute video featuring footage filmed at METALLICA's headquarters in San Rafael, California during the writing and recording of "Chi", the song that later became "Spit Out The Bone", can be seen below.

The official "Spit Out The Bone" video was directed by Phil Mucci, who has previously worked with DISTURBED, STONE SOUR and HIGH ON FIRE, among others.