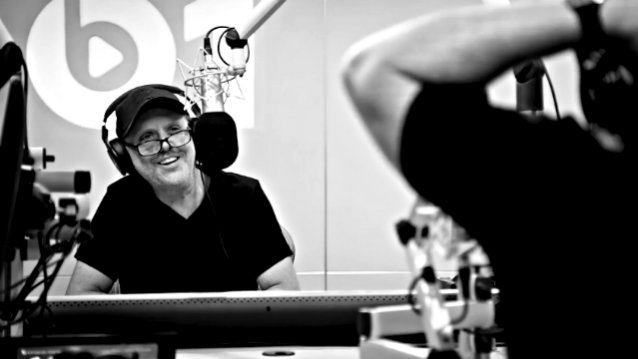 Unscripted, unfiltered and featuring no "genre-fiction" whatsoever, "It's Electric!" will include music that motivates Lars, as well as interviews with artists who inspire him... all wrapped up in some magnificent mindless banter reminiscent of the good 'ole Lars babble. Each week Lars focuses on music that you may not have heard, occasionally throwing in a deep track, but the key word is great music and great music is not genre specific. Expect lots of musical variation and tall tales from the road along with the occasional reflection on life as we know it.

On the debut episode this week, Lars plays some of his favorite new music that's turning him on, pulls out tracks you may not have heard from his favorite artists, tells stories from the road, and talks with Iggy Pop about their collaborative performance in Mexico City.

He added: "We go all over the world — we look at international bands for an international audience. I'm gonna play you lots of really cool music by mostly bands you don't know; a lot of bands I've just been introduced to. We don't believe in boundaries, and we're open to everything. I have some guests call in on the phone, and they promise me I'm gonna have this show every week."

During an interview with fellow Beats 1 host Zane Lowe, Ulrich said that his new show will be "unfiltered, unscripted and completely all over the place."

"I gotta tell you, since we started this endeavor six weeks ago, I've been turned on to more great music just doing research for my show in the last four to six weeks than I have literally in the past five to 10 years," he said. "I've got so much stuff to share with everybody out there and a lot of stuff that's turning me on. I'm telling you, people that love great music, rock music but also hip-hop and world music, and all the rest of it — there's a lot of people that talk about, 'Well the music business is in sad shape, and it’s dying,’ but there's a ton of fantastic music out there, and I'm reenergized and reinvigorated and ready to share it with the world."

METALLICA begins the North American leg of its "Worldwired" 2017 tour on May 10 in Baltimore.