At least one MEGADETH superfan has paid $5,000 for a songwriting session with the band's mainman, Dave Mustaine, as part of the ongoing PledgeMusic pre-order campaign for MEGADETH's forthcoming album. The two-hour session will take place in Nashville, Tennessee on a mutually agreeable date.

Other PledgeMusic perks include a digital download of the new MEGADETH album for $15; a physical CD for $25; an exclusive t-shirt ($30); a signed copy of "My Life With Deth" by David Ellefson ($35) or "Mustaine: A Heavy Metal Memoir" by Dave Mustaine ($45); the new MEGADETH LP on vinyl ($40); a signed CD ($50); a signed vinyl record ($75); a disposible camera full of studio photos; various signed drum accessories; a guitar strap; a handwritten lyric sheet; and a $500 guitar lesson with MEGADETH's new lead guitarist Kiko Loureiro. Some of the other pricier rewards include spending a day in the studio with MEGADETH ($2,500); a guitar lesson from Mustaine ($3,000), drummer Chris Adler's snare ($3,000); and Ellefson and Loureiro's respective instruments ($3,500 each).

The ultimate reward is the MEGADETH jam session where you can play a few songs with the band for $10,000 (not including travel expenses).

Mustaine's message to MEGADETH fans about the campaign: "We've always wanted you to be 'a part of' and not 'apart from' us in the studio. Now, with PledgeMusic, you can be here with me and the guys and watch history being made with our fifteenth record. Check back often... you don't want to miss anything!"

MEGADETH announced on April 2 that Loureiro had joined the Dave Mustaine-led group as the replacement for Chris Broderick. Mustaine said in a statement: "I first met Kiko around eight years ago for a cover shoot for Burrn! magazine. I had no idea who he was, other than the fact he was tremendously talented and that the staff from Burrn! held him in high regard. Since then, I've come to see what a guitar virtuoso he is, and I'm deeply encouraged by his depth and talent."

He continued: "Very few MEGADETH alumni have had the same feel and ability as Kiko."

In a separate statement, Mustaine called Adler "a tremendous talent" and "an amazing person" who is "going to bring a new level of excitement and energy to MEGADETH that the fans are going to lose their minds over."

Adler was equally excited about playing with MEGADETH, saying: "I'm coming into this on fire. There is an incredible amount of respect, but the goal here is to make the very best thrash album we can — not just throw names in the CD booklet or be a 'yes' man. Together, I believe we can do something very special."

I want to congratulate who is going to be songwriting with me courtesy of Pledge. http://t.co/lGxhVCMp0q #Megadeth15 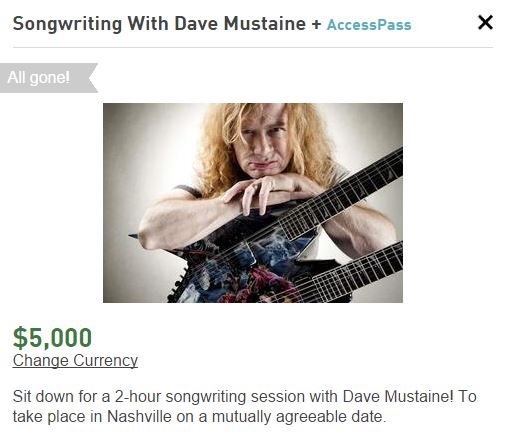