Most will remember Combat as one of the seminal thrash labels of the 1980s, their most prominent artist being, of course, MEGADETH. Combat was also home to HELSTAR, CIRCLE JERKS, EXODUS, NUCLEAR ASSAULT and many of the most influential metal and punk bands of all time.

After a handful of ownership changes and attempted reboots, Combat went dormant in the mid-2000s, the catalog got absorbed by Sony, and the label itself ceased to exist. In 2016, Ellefson, with his partner Thom Hazaert from EMP Label Group, did the due diligence to research and acquire the intellectual property for the Combat Records brand, and bring it home to the EMP family.

With the utmost respect to the legacy of the past, Combat will relaunch in 2018 as an imprint of EMP Label Group, releasing not only new records from classic thrash and metal artists, but as a home for new and up-and-coming artists as well. The first tentative Combat releases in 2018 will be the North American release of the upcoming studio album from legendary NWOBHM titans RAVEN, a limited-edition classic B-sides release from HELSTAR (both original Combat artists) and new releases from Connecticut hardcore/metal staples DEAD BY WEDNESDAY and '80s progressive thrash favorites WRATH.

Says Ellefson: "Today is a really exciting day, as after over a year, it was finally announced the we will be relaunching the legendary Combat Records as a new label through EMP Label Group.

"So excited and honored to be able to revive such an iconic brand that was so instrumental to my history.

"Even though we signed to Capitol after 'Killing Is My Business', Combat's logo was on all the MEGADETH releases through 'Countdown To Extinction', and it truly was/is one of the most iconic metal labels of all time, even being home to some of the other artists who would end up on the EMP roster, like HELSTAR. The same independent spirit that drove Combat in those early days is truly the same spirit that drives what we do with EMP, and we are honored to launch another amazing conduit to support new and established metal artists, with great respect to the legacy of the past.

"And to clarify, we do not own any rights to the Combat back catalog. That is owned, and controlled by Sony, and they have done a great job of curating it through other imprints. Combat Records will solely focus on NEW releases under the Combat banner. As always, thank you for your support, and stay tuned for more details!"

Combat will be distributed through EMP Label Group, via Amped Distribution in North America, and SPV in Europe. 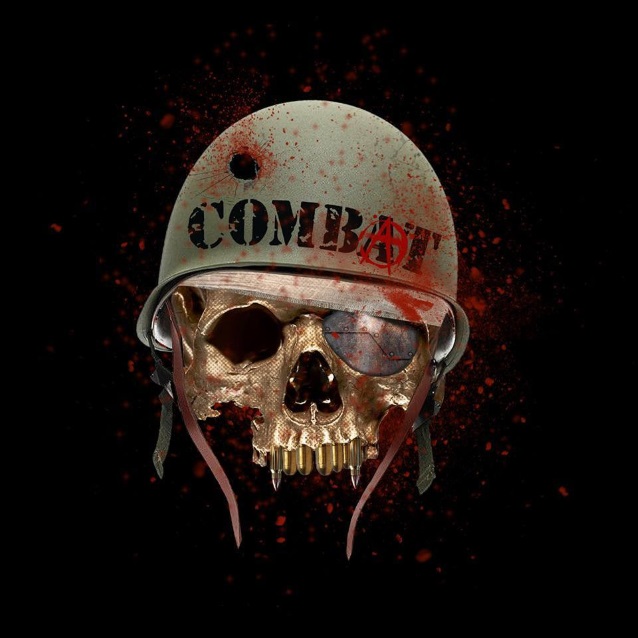