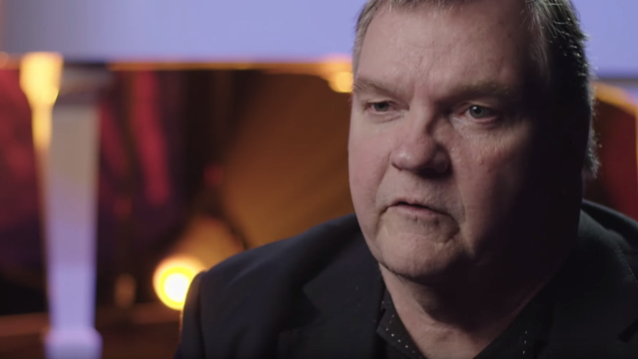 In a recent interview with U.K.'s Daily Mail, the legendary singer said about the teenage climate-change activist: "I feel for that Greta. She has been brainwashed into thinking that there is climate change and there isn't. She hasn't done anything wrong but she's been forced into thinking that what she is saying is true."

Earlier today, Greta retweeted a story about the need to reduce greenhouse-gas emissions and added the following comment: "It's not about Meatloaf. It's not about me. It's not about what some people call me. It's not about left or right. It's all about scientific facts. And that we're not aware of the situation. Unless we start to focus everything on this, our targets will soon be out of reach."

When one of Amanda's Facebook friends asked her why her father would attack Greta in the first place, she responded: "The reporter baited him for his opinion of her. His response was twisted a bit and Dad didn't have all the facts. But ultimately he doesn't believe in climate change."

97 percent or more of actively publishing climate scientists agree that climate-warming trends over the past century are extremely likely due to human activities.

On Friday (January 3), HALESTORM frontwoman Lzzy Hale tweeted a link to a story about Meat Loaf's Greta comments and wrote in an accompanying message: "This is why the new gen has to step the fuck up!!" A short time later, her tweet was shared by former SKID ROW singer Sebastian Bach, who chimed in: "Obviously anybody who thinks climate change isn't real is the one who is brainwashed"

Meat Loaf (pictured), who campaigned with Mitt Romney in 2012 and worked with Donald Trump on "The Apprentice" back in 2010, previously claimed that he lost a few gigs thanks to politics.

Thunberg has gained international media attention in recent months for her outspoken activism on climate change, including delivering an impassioned speech to the United Nations Climate Action Summit calling out world leaders for not responding to the climate crisis with more urgency.

President Trump, who has repeatedly voiced skepticism about climate change, shared video of Thunberg's speech on Twitter, and above it wrote, sarcastically, that "she seems like a very happy young girl looking forward to a bright and wonderful future. So nice to see!"