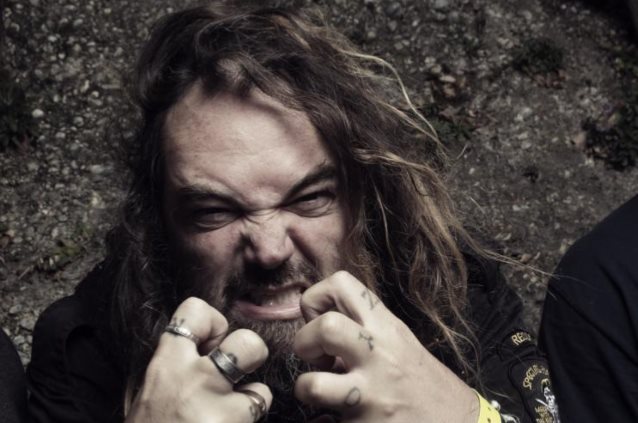 In a brand new interview with GigsAndFestivals.com, former SEPULTURA frontman Max Cavalera has confirmed and he will team up with brother and fellow ex-SEPULTURA member Igor Cavalera (drums) to celebrate the twentieth anniversary of the band's classic album "Roots" by performing the LP in its entirety on an American tour later this year. He said: "We're trying to [make the tour happen]. We thought it would be a cool idea; twenty years of the album, to play the whole record. Hopefully it will go down well. Maybe we can come and even do that in Europe later in the year, or maybe some festivals would like to pick up that. Right now we don't know what's going to happen, but I've never played a whole record like that live, so it will be a first time for me too."

"I never did it for the success, so for me, I like it better when it's not so successful," Max told GigsAndFestivals.com. "I didn't really enjoy that much success. In Brazil, 'Roots' was real big, and I couldn't even go outside my apartment. People would stop me on the street; it was like THE BEATLES! I did not like that; it's not for me. I like the underground, I like my privacy, so where I am now is much better. I don't even mind playing smaller places. I don't crave the 'big' things like Grammys and stuff like that; I'm not interested in that. For me, it's more about me and the fans. The connection that I have, it's really strong, and I think that's more important."

Asked if the pressure of success on SEPULTURA was perhaps too much at that time, Max said: "I think so, a little bit. It was a chaotic time. Nobody was thinking things through, and the thing just self-imploded. It was out of everybody's control; it was just 'that's that,' and [the show at] Brixton [in London on December 16, 1996] was our last show. Fortunately, the label had the idea to record it, so they made it into a live record that a lot of people really like, 'Under A Pale Grey Sky'. It shows we were a very tight band. Inside the live performance, there was no trouble; it was all outside. So it's quite interesting to see that our live show was killer; it was exciting and heavy and fast."

Max also insisted that he looks back with pride on what he achieved with SEPULTURA. He said: "I was glad that the band never went to shit, you know? That makes me proud, and we never made a 'Reload' kind of album like METALLICA, or 'Lola'/ 'Lula' [referring to 'Lulu', the Lou Reed and METALLICA collaboration album] or whatever that thing is, you know? I tried to listen to that thing, and I was, like, 'Oh my God!'"