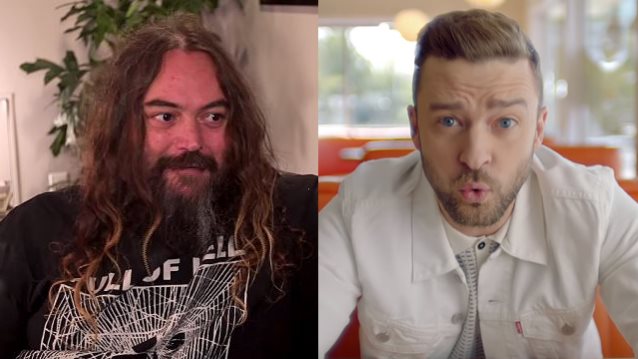 Piper of KidsInterviewBands.com conducted an interview with former SEPULTURA and current CAVALERA CONSPIRACY members Max and Igor Cavalera on February 18 at Alrosa Villa in Columbus, Ohio. You can now watch the chat below.

Asked to recall a time when he asked someone for an autograph, Igor said: "Usually I'm quite shy, I have to say. And then if I am with my wife, I ask her to do it for me. For example, the other day, I was at a show of this guy called John Carpenter, and it's like a producer, musician, who does movie scores and stuff, and I went to his show. And then after the show, we were backstage hanging and he was there, and I was, 'Oh my God!', totally starstruck. So I told my wife, 'Can you ask him to take a picture with me?' And she was, like, 'Yeah.' But myself, if it was just me in the room, I probably wouldn't have… I'm super shy with stuff like this — especially with people that I really enjoy their music or their art or even if it's a football player that I like, I would probably go completely frozen. I'd be, like, 'Okay,' and totally lose the opportunity."

Said Max: "I've got a couple of funny ones. It was one time we were at Ozzy's [Osbourne] birthday party, and my stepdaughter, Roxanne, found out that Justin Timberlake was there, so she called my wife and said, 'You've gotta get his autograph.' And I don't know him, so I just tapped him. He was at the party walking around, so I tapped him on his back. I was, like, 'You don't know who I am, man, but my daughter really needs your autograph.' And I had a napkin. And he was super nice. He gave me the autograph. So that was cool. And then one time for my sister, I got her the Eddie Vedder [PEARL JAM] autograph when they were hanging out on the MINISTRY bus — right after I puked on him, which was not so good. [Laughs] It was one of those crazy rock and roll nights. But he was, again, super nice, and gave me the autograph. I saw my sister the other day and I asked her, 'Do you still have the Eddie Vedder autograph?' And she does, which is cool. I'd like to see that at some point."

Max and Igor recently embarked on another North American leg of their "Return To Roots" tour during which they are celebrating the twentieth anniversary of SEPULTURA's classic album "Roots" by performing the LP in its entirety.