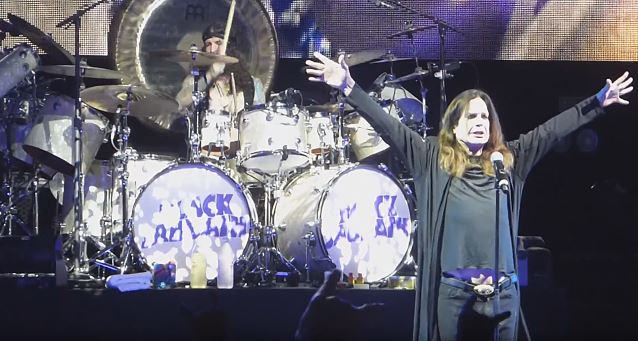 According to MLive.com, a 26-year-old man was arrested for allegedly punching another man after a BLACK SABBATH concert in Michigan.

Police got a call at 11:25 p.m. to investigate an assault that had just happened at the parking lot of the venue.

A 25-year-old man told police he was working on his engine when the suspect approached him, curse at him and punched him in the mouth for "no apparent reason."

The victim was taken to McLaren Oakland Hospital for treatment on his jaw, which might have been broken.

Police got a good description of the suspect from witnesses and arrested him as he was trying to leave the parking lot after the concert.

Around 15,000 people attended BLACK SABBATH's show at DTE, which was part of the band's "The End" farewell tour.