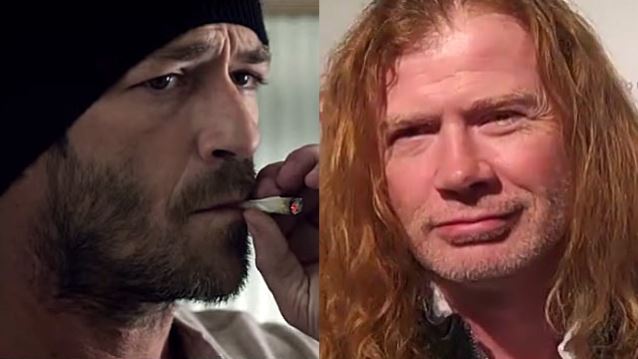 Former "Beverly Hills 90210" star Luke Perry has revealed that his role in the British independent comedy-drama "The Beat Beneath My Feet" was partly based on MEGADETH mainman Dave Mustaine.

Nominated for a British Independent Film Award, this feelgood movie stars Perry as Max Stone, a washed-up rocker who has fled to England with a dark secret and is masquerading as a dropout loner.

"I thought about the gentleman from MEGADETH — Dave Mustaine," Perry told Independent. "He was a guy who had a lot of trouble in his life because of different issues. He got asked to leave one band and started up his own band. Something happened to his arm and he was challenged physically to play the guitar. I thought, 'There's something inside that guy that really drives him to overcome all those things and find his way back to making music'. So I wondered about that a lot when thinking about the challenges he had to overcome, so there may have been part of where that came from."

"The Beat Beneath My Feet" synopsis: "Tom, a teenage loner, dreams of becoming a rock star but feels thwarted by his God-fearing single mother, Mary. When an intimidating, bearded and tattooed stranger moves into the flat below and plays loud rock music at all hours, Tom recognizes him as disgraced guitarist,Max Stone, from rock band NOTHING, who had disappeared presumed dead years earlier owing a fortune in unpaid tax. Tom agrees not to reveal him to the authorities on condition that Stone teaches him the dark arts of rock guitar. As their relationship develops both man and boy find their way from rock hell to rock redemption."

Spotlight Pictures recently acquired worldwide rights to "The Beat Beneath My Feet", which also stars newcomer Nicholas Galitzine. Directed by John Williams and written and produced by Michael Müller ("Dummy", "City Slackers"), the film will open in the United Kingdom at PictureHouse cinemas from May 12. 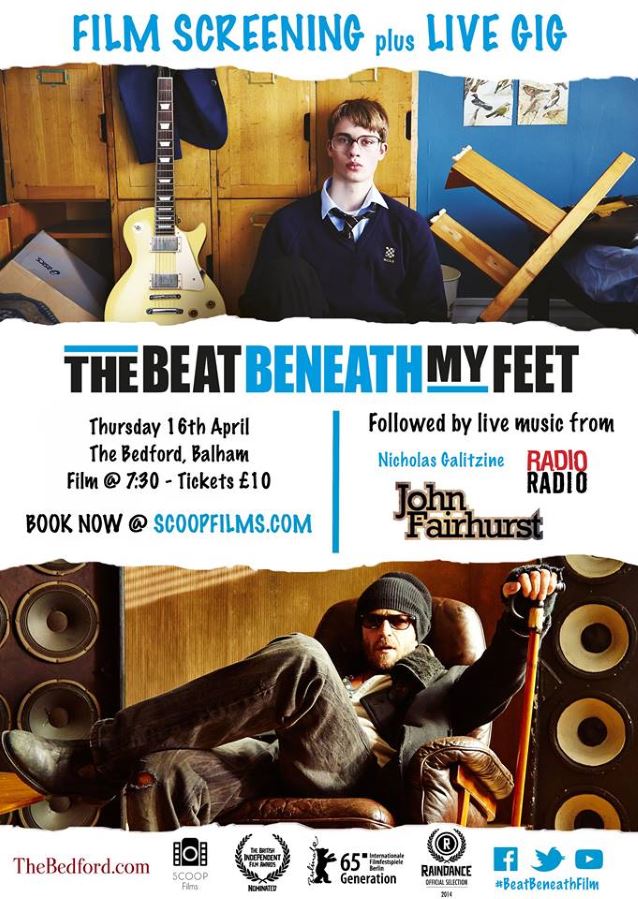