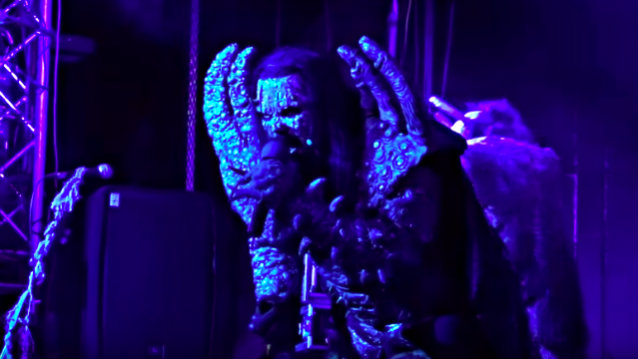 Fan-filmed video footage of LORDI's entire October 15 concert at at Volta in Moscow, Russia can be seen below.

LORDI is continuing to tour in support of its latest album, "Monstereophonic: Theaterror Vs. Demonarchy", which was released in September 2106 via AFM Records. The follow-up to 2014's "Scare Force One" was produced by Nino Laurenne (APOCALYPTICA, STRATOVARIUS, CHILDREN OF BODOM, AMORPHIS), who previously worked on the band's 2008 effort "Deadache".

Speaking to Spark TV, LORDI frontman Mr. Lordi stated about the band's new disc: "We are trying to do something different within the LORDI frame this time. It's like a split album between ourselves.

"There's two kinds of LORDI material on the album. The first six songs are your classic LORDI kind of stuff — three- or four-minute songs with hooky choruses and stuff; eighties-orientated hard rock, like the shit that we're doing. That's our main stuff. But now, the last six songs of the album [are] a story.

"It's our first conceptual half an album — not a full conceptual album, but half of the album is a conceptual storyline with six songs. And musically, also, it's a lot more modern for us; I mean, it's nothing new in the world of music, but, for us, for LORDI, it's completely different. It's more metal. It's more progressive. The songs are eight minutes long, and there are a lot of different parts. And it's a storyline. Because I'm a huge KING DIAMOND fan; I have always been.

"I am really fucking thrilled about the result, how it came out. It's different for us. I know that it's gonna be different for the LORDI diehard fans too. I don't know for your average rock or metal fan. It's, like, 'Eh….' But, for us, it is really breaking new territory, definitely."

Mr. Lordi went into more detail about the lyrical themes covered on the new LORDI album. He said: "It's a horror story. It's called 'Demonarchy'. It has, like, these classic old-school monsters having rivals… They are having territorial rivals. There's one vampire, one witch, on zombie, and a werewolf. And they are having a bit of a dispute about how to share their territory, because they all live in the same town. That's the story."

The LORDI frontman also spoke about the band's brand new look, saying: "It's cool, actually. The new costumes are also something different. Like I said, the album is like a split album with ourselves. The costumes are split in half too. There's this half and that half, so there's something new also in the costumes. It's like two different versions of each character." 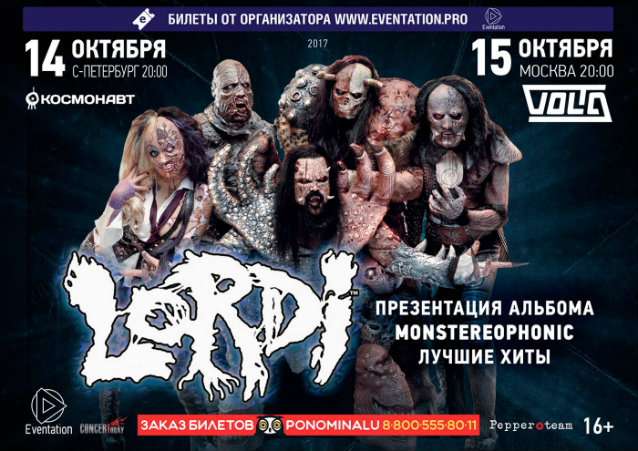